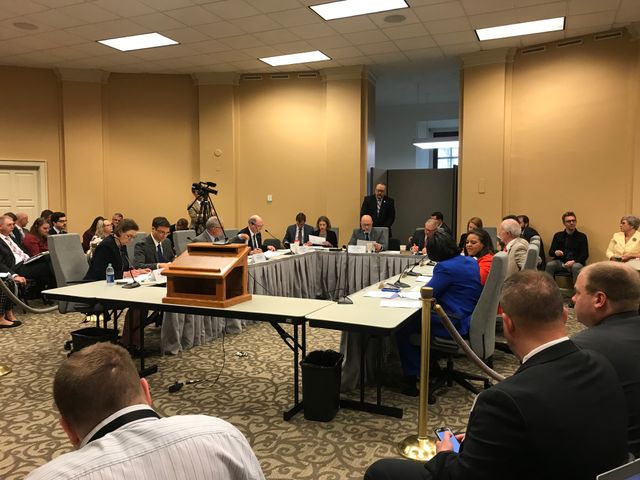 JEFFERSON CITY - Missouri might be taking $50 million from general revenue to pay for Rocheport I-70 bridge repair and some lawmakers say that's a terrible idea.

The proposed method of payment was a key area of difference between Representatives and Senators meeting in a conference committee Tuesday.

Rep. Greg Razer, D-Kansas City, said there needs to be an alternate source of funding for Rocheport bridge repairs.

"Their proposal is we'll take roughly $50 million out of the general revenue which is money that traditionally goes to higher education, k-12, and social services," he said.

This would be the first time money has been pulled from general revenue funds to repair or build roads and bridges.

"I understand the argument, this bridge needs to be immediately replaced and that this is a one time shot in the arm. Then, we'll think of a long term solution some other time," he said.

Razer said one of his biggest concerns is what comes next.

"What happens twenty years from now when we have decaying roads and bridges across the state? 'Well, back in 2019 we pulled from the general revenue,'" he said.

Budget Chairman Rep. Cody Smith, R-Carthage, told Razer his concerns have some validity, but time is running out.

"The budget is due Friday and we do not have time to contemplate complex legislation such as what you are proposing," Smith said.

The conference committee on the budget will continue Wednesday at 8:30 a.m.