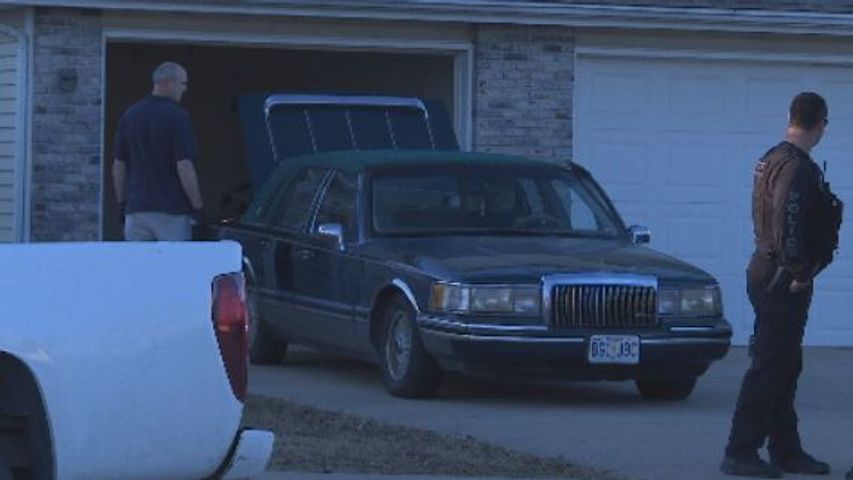 COLUMBIA - When the FBI arrested terror suspect Robert Lorezo Hester, his friend and neighbor Analee Shatlain said she was over at his house. She was shocked to find out the crime he is accused of: Attempting to provide material support to a foreign terrorist organization.

"I was talking to his dad and two daughters. FBI swarmed the front door. We saw an officer up in the front. I was told to put my hands up and come out. Don't make any sudden movements," Shatlain said.

Friend: 'Very big shock to me'

According to court documents, Hester believed he was corresponding with ISIS members, but he was in fact talking to undercover agents. Shatlain said this image of a man with terrorist tendencies did not go along with who she has known.

"I talk to him on daily. It's not possible for me to even comprehend what's going on because they have always been such really good neighbors. Never cause trouble. Never had any altercations with them," Shatlain said.

Hester was born and raised in Missouri, and Shatlain described him as a family man.

"He's never ever done anything like this. He's always been such a family guy. He's always outside playing with kids and his wife is outside. He's always very talkative towards the neighbors. Anybody who walks up he's going to talk to you," Shatlain said.

Hester did spend ten days in jail in 2016, after police said he got in a fight with his wife in a store parking lot and threw a folded pocket knife through a window. When employees confronted him, court documents said he threatened them and reached into a bag. Police later found a handgun inside the bag.

Prosecutor: 'Intent to engage in acts of violent jihad'

In court documents, prosecutors alleged Hester converted to Islam and began creating social media posts with anti-American sentiment and Islamic terrorist sympathies, such as the ISIS flag. Those posts raised suspicion, and multiple people reported him in summer 2016.

With those reports, undercover agents began corresponding with Hester. According to the federal indictment, over time, Hester agreed to buy items that could be used to make explosives, such as roofing nails. The undercover agent described the intent to create an event "10 times more than the Boston Marathon bombing, and Hester expressed approval."

For Shatlain, the pieces don't add up.

"There was no way. He was in the Army. He probably has PTSD and a couple other problems with him, but I don't think he's capable of doing what he's being charged with," Shatlain said.

Court documents stated Hester was in the Army, enlisting in 2012. He went to basic training, where he received firearms and small-unit combat instruction. However, during his advanced individual training, he was cited for violating Army regulations. In 2013, he was discharged from service.

KOMU 8 News knocked on Hester's door Tuesday evening, and his father answered the door. He said he did not want to make any comments about his son.