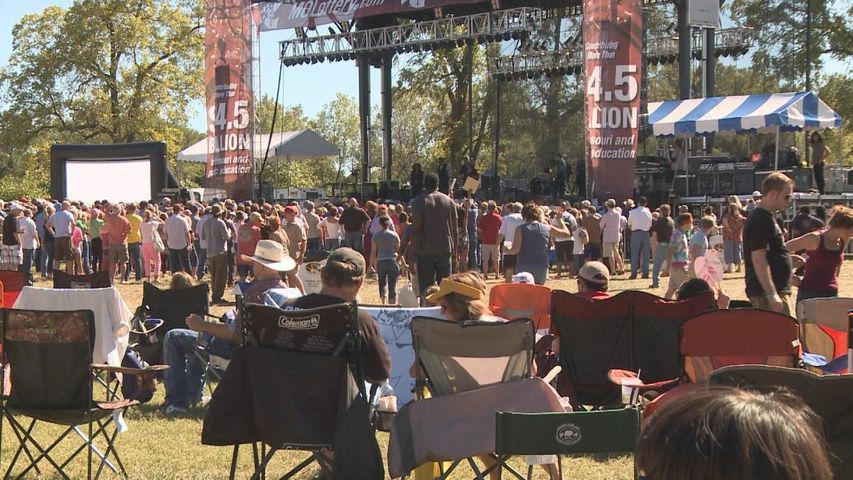 Fans enjoyed music throughout the weekend from artists and bands including Blues Traveler, The Black Crowes and Keller Williams.

This was the first year the festival was held at Stephens Lake Park.

Michelle Smith, an employee at Smokin' Chicks BBQ, said she appreciated the change in location.

"Theres more room for people to go around and walk around, downtown was a little crowded," Smith said. "Plus we have more space with the tent so we kind of like the idea of having that tent space being outside, and being able to interact with people a lot more."

Columbia resident Joe Moseley said he understands the need to change the location but prefers the downtown setting.

"I really like the venue, I kind of hate that its not downtown because I like the synergy of downtown," Moseley said. "I like the fact that you can kind of come and go a little bit. Here its a destination. You come here and you pretty much stay, which is alright. As far as a music venue, this is better."