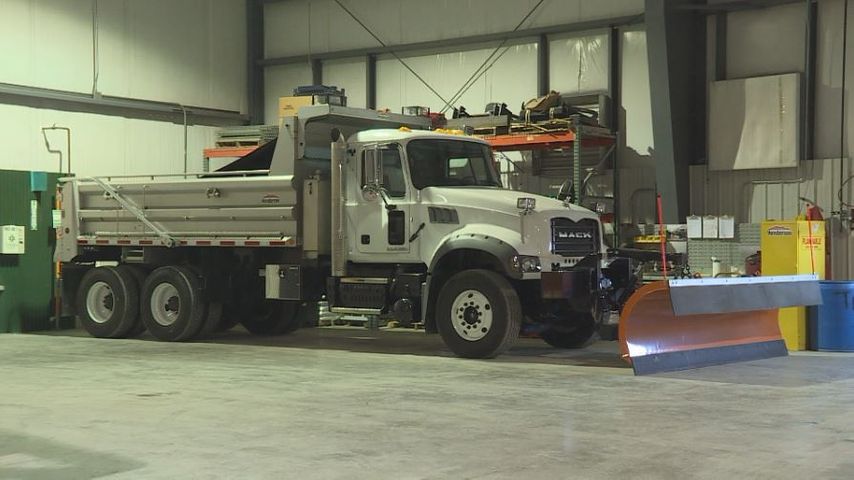 FULTON –A local facility is working to keep snowplow drivers safe while they clean the roads during the winter.

Henderson Products has an installation center located in Fulton, and provides snow and ice removal equipment to groups including MoDOT, the City of Columbia, Cole County and Boone County.

Tim Bruemmer, a sales representative, said the company offers custom features and that help with the specific weather in the area.

“We fully customize," Bruemmer said. "They talk to us about what they have to get done and what equipment they think they need, we make suggestions, make them aware of the latest technology.”

Bill O’Brien, the installation and service manager, said the technology of snowplows has evolved greatly in the last decade or so.

“You would have to put some force in it to get the plow to go up, move it left or right, you have to manually control the salt spreader which is not reliable, as to how much actual salt you're putting down," O’Brien said.

The new technology helps drivers stay safe in the inclement weather by removing snow and ice faster and better than before.

“The monitor allows a Missouri snowplow driver to monitor road temperatures, salt output, which helps with the environment," Bruemmer said. "A back up camera can be installed to this for safety of commuters. The joysticks below being electronic instead of the old cable-actuated ones, much easier to use, less driver fatigue also helps with safety because he doesn't have to concentrate on the joy sticks, he can concentrate on his driving.”

Henderson built nearly 30 snowplows for MoDOT this year, which are in service now.

The company is also currently working on building two snowplows for the city of Columbia.

Barry Dalton, public information officer for Public Works in Columbia, explained why efficient snowplowing is important to the overall safety of our community

"Treating and plowing priority roads efficiently is definitely important as these are used by public safety and schools for both routine calls and emergencies," Dalton said.