"The Avenue at Columbia" looking for commission approval 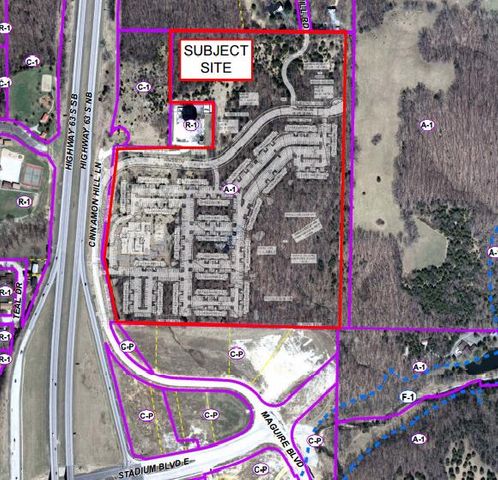 COLUMBIA -  A student housing complex might be one step closer to being built in Columbia after a meeting Thursday night.

Members of the planning and zoning commission met Thursday night and approved the final development of "The Avenue at Columbia" for recomendation to the Columbia City Council.

The Park 7 Development company is seeking a 321-unit student housing complex that would be built alongside Cinnamon Hill Lane off the corner of Stadium Boulevard and Highway 63.

Columbia Development Services Manager Pat Zenner said the company has been talking to nearby residents for the past year about details that were concerning to them.

"We have property owners that are concerned because they don't know what the potential outcomes are," Zenner said. "Because nothing has really been nailed down for them."

A buffer zone was one of those details as the residents didn't like the complex being snug against their neighborhood.

Park 7 has since changed its plans over the past year or so to keep a little over ten acres of the site as open space to serve as a buffer zone separating the neighborhood from the proposed student housing complex.

Zenner said the two sides had begun making a compromise when the request first went to the Columbia City Council, but the council recommended denial of the project because the residents of the nearby subdivision were not yet satisfied with the agreement.

Park 7 then had to wait a year to seek re-approval on the project, as is required by requests denied by the Columbia City Council.

Another issue is the proposed extension of Timber Hill Road to Cinnamon Hill Lane that would run through the complex and allow emergency vehicles to access the complex.

Zenner said residents were against the idea of the road connection due to the possibility of excess through traffic; however, the addition of a gated entry at the intersection of the proposed Timber Hill and Cinnamon Hill connection pleased residents.

"It's been an issue," Zenner said. "It's not as much of an issue as it was in the beginning. We believe at this point, from the communications I've been having with homeowners, they're resided to the fact that the roadway is going to be installed, now it's just the details of how it's built, how much is cleared around it."

Zenner said he is unsure whether the commission will approve the development, but either way Park 7 can choose to bring it forward to the Columbia City Council. If Park 7 decides to bring it in front of the council, it would be read at the council's first meeting in April with the final decision coming at the second meeting of the month.