The battle with diabetes: a message from JCPS 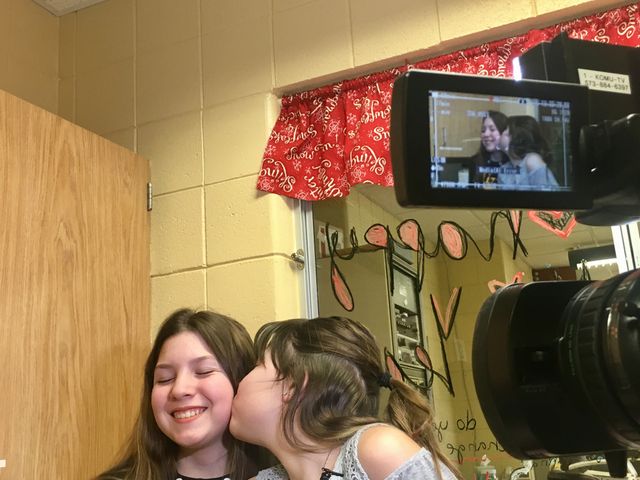 JEFFERSON CITY – Just before the end of 2017, Jefferson City Public Schools diagnosed four cases of Type 1 Diabetes. Unfortunately, one boy did not survive his diagnosis. Now, two girls want to share their story and bring awareness to the disease.

Twin sisters Emily and Allison Theissen were both diagnosed with the autoimmune disease at six and eight years old, respectively.

The pain, the confusion, the anxiety and the fear were some of the many emotions they have dealt with over the past few years. As they look back and reflect on life with diabetes, they both can agree that loving their disease was a learning curve.

“I thought I was a freak,” said Emily Theissen, the first twin to be diagnosed as a first grader, in 2012. “I thought God had been mad at me,” she said.

Her sister, Allison, said her signs and symptoms came a few years later, but instead of wetting the bed like Emily, she kept going to the bathroom as if she had a urinary tract infection.

“I never knew how important my pancreas was,” said Emily Theissen.

But since their diagnoses’, the two have not only shared the frustrations of a type one diabetic, but the same love and encouragement for each other.

“When Allison was first diagnosed, she was mind-blown,” Emily began, but “I reminded her that it was okay.” Emily said at that point, she had the disease for almost a year and a half, and remembers showing her sister how to take the necessary precautions that needed to be monitored on a daily basis.

“Our parents were so amazed,” Allison recalled.

Now, the girls want to remind viewers and readers of the signs and symptoms of the disease, before they become detrimental, if young students like themselves have the disease.

Their school nurse, Tracy Frank, is on board with their plan and encourages parents to understand the signs and symptoms of type one diabetes. Frank said some of the most common symptoms of Type 1 Diabetes are:

Frank encourages parents everywhere to be in tune with your child. “The nausea, the vomiting, the sweats and the fatigue,” Frank started, can all mirror viral symptoms, especially during the cold and flu season. In those cases Frank mentioned, “You’re not necessarily thinking of Type 1 Diabetes.”

Frank is more often than not juggling seven diabetic patients, along with the rest of the student body, but said there’s a great safety net at the school.

“The teachers are all in tune on what to watch for,” she began, and mentioned most of the diabetic students at her school carry their meters with them in class, so they can check their blood sugar levels.

Frank said listening to the Theissen twins share their story was a friendly reminder that they still battle the social aspect of their disease every single day.

“It’s so easy to forget because you see them every single day, and they become a part of your life,” Frank said as her eyes began to water. “They may sometimes feel separate from other students, but I don’t see them in that light.”

The Theissen twins compared their diabetes story to a deck of cards.

“It’s the hand that God dealt us,” Allison Theissen said. “I always thought of the diabetes card as a curse, more than a blessing, but now that I’m older, I finally understand it’s a blessing.”