The Boonville City Council Split on Location for Cancer Memorial 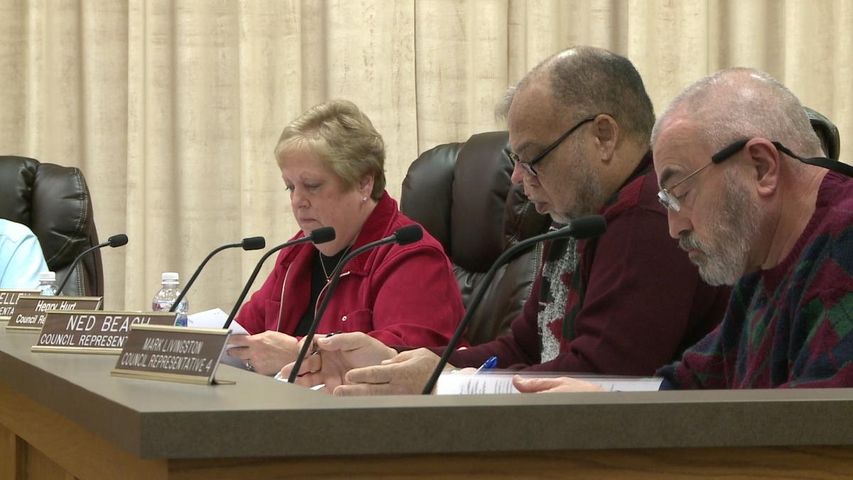 BOONVILLE -The Central Missouri Cancer Memorial is an idea without a home.  Proponents want to build the 1000 square foot memorial in Boonville, but the city council can't make up its mind on a location. The Boonville City Council ended up deadlocked on a vote Tuesday evening to build the memorial on vacant area on the former Kemper Military School & College campus. Mayor Thacher was not present at the meeting to break the tie. Council member Kathleen Conway was one of the members who voted against its location.

"We don't want to put the park some where, and then there's a development coming in that really wanted that area to do something, but there's a park there. We do have other green spaces that perhaps aren't going to be a huge development area but lend itself to being a park," Conway said.

Kemper Military School went bankrupt in 2002, so the city of Boonville owns the 53-acre lot. Some windows of the buildings are boarded up with pieces of the roof missing. State Fair Community College uses some of its buildings for classrooms.

"I understand where the city is coming from. Also, we've had Kemper 10 years and very little has been done with it," Gregg said.

Charlie Melkersman and Dane Gregg are pushing for the Central Missouri Cancer Memorial, and said the foundation has been going on for more than two years and wants to set aside space for the memorial. Gregg said the undetermined location limits its fundraising efforts.

"The first word out of everybody's mouths was, 'where is it going to be?' It's like that with anyone who's investing their money. We can't move any farther until we know where it's going to be," Gregg said.

Charlie's wife, Sandy Melkersman, also attended the meeting. She was diagnosed with stage IV appendix cancer in 2009 and still getting treated. Melkersman said the Kemper campus fits the atmosphere for the cancer memorial.

"I think when someone goes to a cancer memorial park, they go there to honor or to mourn a loved one. You need a place for peaceful place of serenity and tranquilty which is why Kemper would be an ideal location. It has has all those qualities," Melkersman said.

Melkersman and Gregg said the council offered alternatives including the Harley Park, but they said the atmosphere doesn't fit the purpose of the memorial

"If we went to some of the other parks like Harley Park where they have the old wading pool. That's right there with all the shelter houses. That's right across from the ballfields and there are swings. To us, it'd be too loud," Gregg said.

The council asked the foundation to come up with two or three alternative locations for the memorial for the next council meeting. The council said the development of the Kemper campus won't be decided until all members inspect the buildings together to make a decision.

"The council thinks having that park is a good idea but the location is the part that we still have to figure out," Conway said.

Dane Gregg said the foundation has options to present to the council in the next meeting.