The City of Columbia Seeks Feedback on Sidewalk Projects 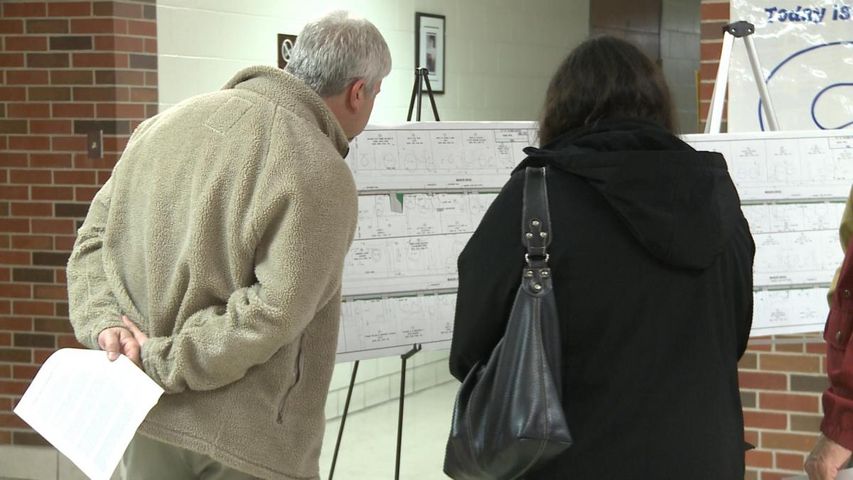 Both projects will be funded by a government grant and must be completed by 2018, or the federal funding would need to be repaid. A similar sidewalk project for the area was brought to a public forum in 2010 but was tabled. Public Works engineer Tyler Wallace said the project has been on their minds for a long time and they now have the adequate time and funds to complete it. He said the project is important for the community's safety.

"We're getting a lot of pedestrian traffic in the street espeically a lot of children due to the elementary school," Wallace said. "And that's not something we encourage so we want to provide adequate facilities for pedestrians to travel safely."

The Fairview Road sidewalk would be six inches wide running from West Broadway to Highland Drive. It would close the gap in sidewalk along Fairview Road and improve the connectivity with Fairview Elementary School costing approximately $152,900.

The Manor Drive sidewalk would also be six feet wide and would run from West Broadway to Rollins Road helping to connect to Russell Elementary School.

Most of the people at the meeting live on Manor Drive and were passionate about voicing their views on the project. One of those residents, Scott Campbell, said he worries the project will kill many of the mature trees that currently line the street. He also worries the sidewalk will consume too much space of homeowners front yards and cause problems with parking spaces.

Melissa Tague has lived on Manor Drive for more than two decades. She said she's excited about the idea of a sidewalk project actually happening.

"I think it's wonderful. I like the principle of the sidewalk," Tague said. "I'd like to see a little change in the plan, but a sidewalk... yeah! I've been working on this since my oldest was itty bitty and he's 21."

Tague said she wants to see the sidewalk moved to the west side of the street instead of the east. She hopes the new sidewalk will be built within the road, subsequently narrowing it.

"Also the mid-block crossing the line of visibility isn't sufficient for true safety because the speed people travel on this road," Tague said. "People go at high rates of speed and their side of the road properly because it is such a wide road. Sometimes it's even school buses and other moms doing the speeding."

The public works department will present the feedback from tonight's meeting to consultants and a public hearing at a city council meeting is tenatively schedule for sometime this fall.

Wallace said he anticipates the project will begin sometime next March.