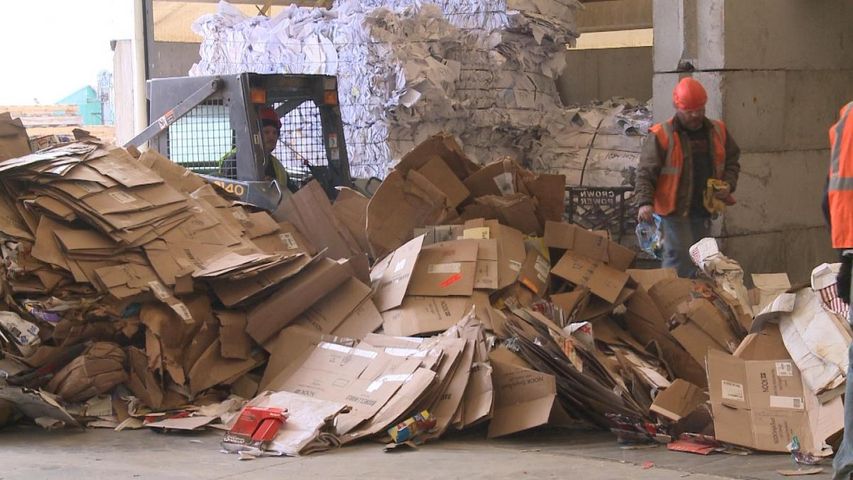 FULTON - The City of Fulton wants residents to participate in a recycling challenge this April. The goal of the challenge is to collect 25 tons of recyclable material by month's end--a 17-ton increase from last April. City officials said the amount of recycling collected annually during the past four years has dropped by half.

Public information officer Darin Wernig said the 25-ton goal equates to the city's highest amount of recyclables collected at 25.53 tons, which occurred in April 2009. "We know that this is a realistic goal that people can meet, so we're hoping that residents will take notice to this and participate," said Wernig. Wernig said it is hard to tell why recycling has declined. "Maybe it's just that people haven't felt the need to recycle, or maybe it's just that we haven't promoted the city's recycling program enough."

City officials said if enough residents participate in the city's free recycling program, it can save the city's trash trucks one additional trip to the Allied landfill in Jefferson City each week and could delay a scheduled rate increase in January 2014. The city's trash trucks make three trips to the landfill daily, costing the city between $600 and $800 each day. "Three trips a day, five days a week, (it) definitely adds up," said Wernig.

All recyclable material the city collects is sent to Kingdom Projects, a non-profit, sheltered workshop that employs more than one hundred disabled adults. Kingdom Projects manager Lon Little is on board for the April challenge. "It's different now because we don't have a local landfill. It's even more important for people to be conscious of that because it will eventually affect people's pocketbook. Down the road, it's going to be expensive for people to have their waste hauled and picked up. The challenge is a good way to get people that aren't recycling or only recycle sometimes to do it all the time."

To participate in the program, residents can throw all recyclable items into clear plastic bags and set them at the curb on their regularly scheduled trash collection day. Recycling carts in various sizes are also available to residents for $1 per month. If interested in purchasing a cart, residents should contact the Solid Waste Department at 573-592-3176.