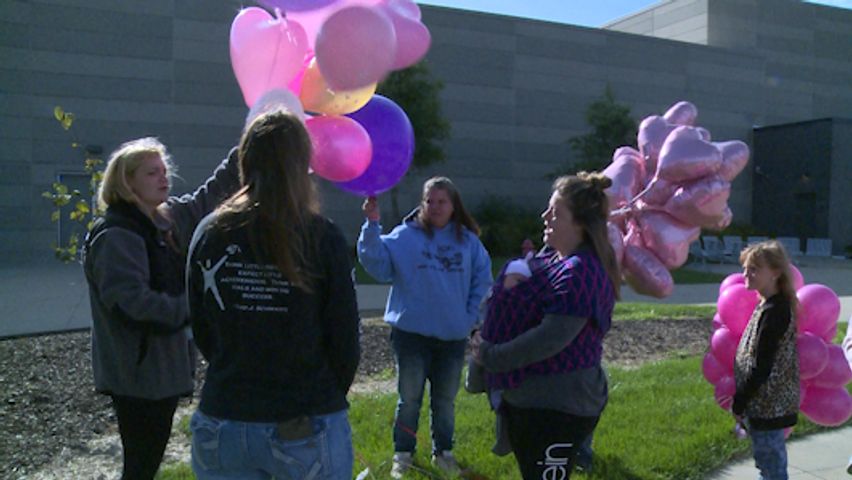 COLUMBIA - The Curry family honored their daughter Friday morning with a balloon release. The release marks 10 months since Gabriella Curry died after being struck by a police vehicle at Battle High School.

Aaron and Cheyenne Curry, Gabriella's dad and mom, said this is something for the family.

The family chose to remember their daughter at Battle High School so they could be by "Gabriella's bench," something Battle students built as a memorial to Gabriella.

The balloons also serve as a memory of Gabriella.

"Balloons were her thing," Cheyenne said. "The reason why we did pink was because that was the last thing she was wearing was her pink jacket."

The family described Gabriella as an old soul, stranger to none and a pocket full of sunshine.

The transition since the accident has not been easy for the family.

Hanna Webster, a family member, said it's difficult to go to school where it happened.

"I feel like I can hear it all happening," Webster said. "I can hear the screams of my mom and my dad and my brother and sister and I can hear the sirens and stuff like that even though I was not present at school the day it happened."

Aaron and Cheyenne Curry drove busses for Columbia Public Schools, but have since stopped. Aaron said his last day is next Thursday.

"I'm reminded of it every time I go to work so I think it's time for me to take a step back for a little bit," Aaron said.

Cheyenne and Aaron have gotten divorced since the accident, but both parents stand united for Gabriella's siblings.

The family said Gabriella truly was the glue that held them together.

The family plans to continue to release balloons at Battle High School on the fourth of every month to remember Gabriella.

"I probably won't ever stop just because she's a part of me and a part of my life." Cheyenne said.