The food pantry is growing in healthier food options 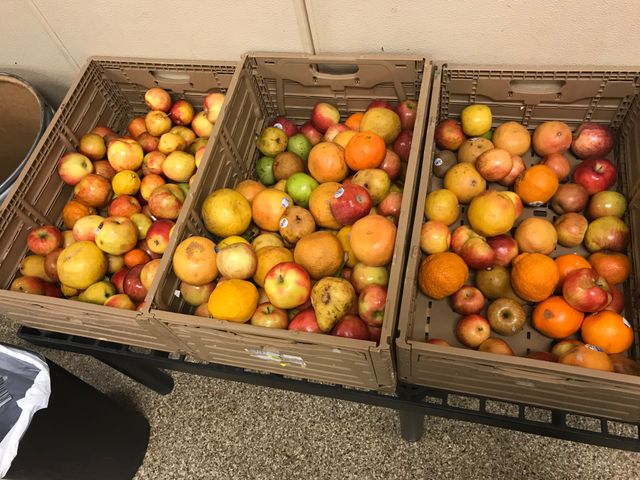 COLUMBIA - The Food Bank for Central and Northeast Missouri is doing more to encourage people to eat their vegetables.

Executive director Lindsay Lopez said the food bank’s goal is to improve the lives of the people it serves with the introduction to new food items. She said, in 2017, 61 percent of donated food consisted of healthier food options.

”Produce is expensive, so the fact that we are able to acquire and distribute that to the people that we serve is really incredible,” she said.

“We have been making it a conscious effort to increase the amount of produce we give out and so now we distribute about a million pounds of fruit and vegetables a year,” Ross said.

Food banks started more than 50 years ago focusing on non-perishable items like boxed and canned goods. Lopez said it was just three years ago the food bank decided to go a different route and use produced items like dairy, whole grain, fruits and vegetables.

Ross said, to increase the amount of fresh produce people can receive, the pantry allows for people to come in more than just once a month for the fruit and vegetables.

“It’s important because the healthier food leads to healthier people, and healthier people are just more happy, their more productive, they’re more fun to be around.” the Central Food Pantry manager, he said.

Ross said squash is one of the most popular items at the pantry.

“We used to get a lot of different squashes in the fall and people just didn’t know what they were so we made up a poster that basically had a picture of each one and told what it was. It even had some suggestions on how to cook each one and so now when we get squash it hardly lasts at all.” he said.

“It feels really good. It feels good, especially because I’ve seen an increase myself in things people were less familiar with, and over time, as we offer it more and more, they become familiar with it,” Ross said.

“If we are able to provide these fresh quality options to them in terms of their food then it frees them up to spend their resources on other things that they need,” Lopez said.

Lopez said, going forward, the food bank wants to continue to educate the public about the importance of healthier food options at pantries. She said money is one way to help out.

“For every one dollar we take in we can turn around and purchase 21 dollars worth of groceries. So we can take those dollars and turn them directly into highly nutritious foods,” she said.