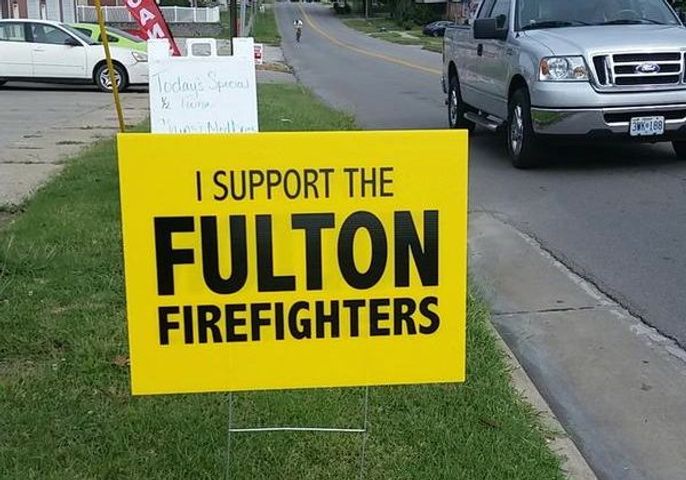 FULTON - Fulton firefighters and supporters attended the city council meeting Tuesday night to ask, once again, for a pay raise for all of the firefighting staff.

At the last meeting, the Fulton City Council approved a pay raise just for new firefighters, and those who have worked less than six months. They will now start out making $9.50 an hour for the first six months they work. They will then make $10 an hour after that.

Terry Luebbert, firefighter supporter, said she was happy with the pay raise given last time but that isn't enough. She said she thinks the council could have done more.

"I think they did it just to keep us quiet," Luebbert said.

Jerry Sorte, Fulton assistant director of administration, said the council could not justify a full-staff pay raise for firefighters unless it gave a pay raise to all municipal workers. He said everyone who works for the city received a 5 percent pay raise at the beginning of the year.

Sorte said, if the council was to approve another nine percent pay increase to the firefighter's union, that would be unfair for everyone else.

Bill Johnson, Fulton Director of Administration, said it is not an issue of whether the council supports the firefighters, but it is a matter of finances.

"The city council basically voted against giving the firefighters a 14 percent pay raise in 2015," Johnson said.

He said the council understands that some groups of city workers are under paid compared to cities of similar size, but it hopes to correct some of these issues in 2016 fiscal year.