The Meningitis Outbreak Doesn't Stop Residents to Get Flu Shot 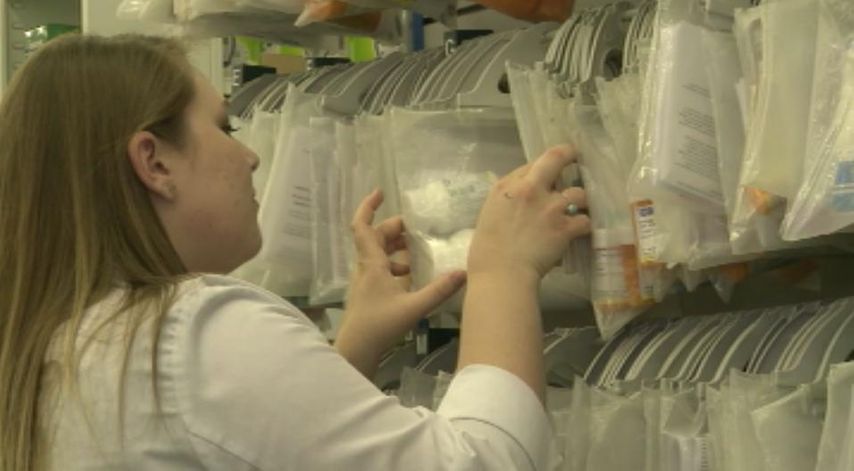 COLUMBIA - After the report from the CDC 13,000 people could be infected with fungal meningitis from steroid injections, residents across the country responded by not wanting to have any type of injection due to the possible risks.  Since the flu shot season is underway, some residents are thinking twice before getting a flu shot.

"You just have to weigh the costs,"  said Skip DuCharme, owner of Lakota Coffee. "I've never been infected before, so I don't think I could be infected this time."

DuCharme received his flu shot two weeks ago. He doesn't get the flu shot every year, but it can be pretty important for his business.  "I do not want to be sick, or really can't be sick for 7 or 8 days.  With the flu shot last year I got sick, but for only 3 or 4 days," said DuCharme.

Gina Murdock, the nurse at D&H Pharmacy, administers flu shots and doesn't think Columbia residents need to worry.  "From what I understand, this is just one company with one type of injection," said Murdock.  "The flu shot has been manufactured in a major factory and there has been no contamination of those shots."

The main difference between the infected steroid shot and flu shots is who manufactures them and the regulations they are under.  The steroid shot was produced in a compound pharmacy.  These pharmacies create a unique injection specifically designed for the patient.  These injections are not regulated under the same FDA regulations as other injections.

"All the quality controls flu shots go though are pretty strict," said Murdock.

As for DuCharme, he thinks it is just another way to take care of his health.  "I am just trying to reduce the lost man hours to sickness.  And if the flu shot helps;  I will get it," said DuCharme.

The flu shot season is now and will peak around January or February.