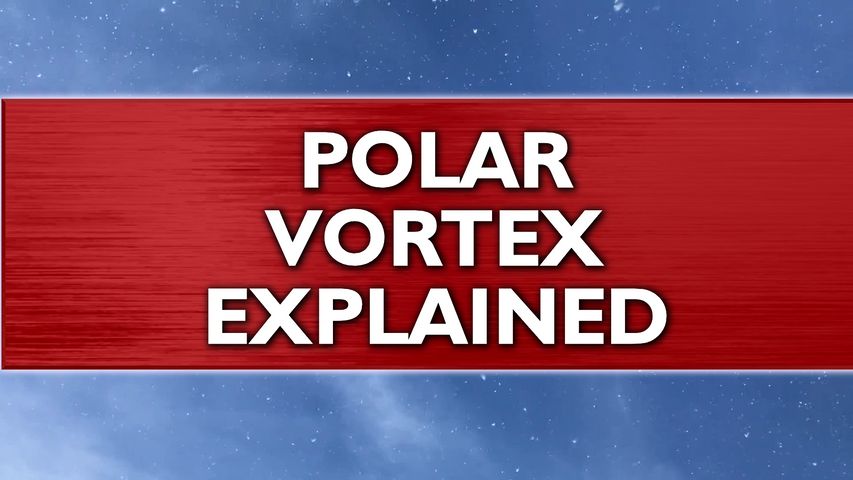 IS THE POLAR VORTEX NEW?

This very real phenomenon was turned into a buzzword in 2014 and has since been used out of context on the regular. The polar vortex is real, but it can’t technically hit us at the Earth’s surface. Let me explain.

A vortex is circulating air. Over the north pole the polar vortex will circulate counterclockwise; rotating clockwise over the south pole. This circulating arctic air can mix down into the upper troposphere at times. When this happens, cold and dense air forms below, reaching us down at the surface.

The upper-level jet stream in the troposphere will then act as a barrier and wall-in the cold air. However, the jet steam can get wavy and form notches. When this happen it breaks off part of the cold air and pushes it further south, into areas that don’t commonly experience such cold air. Often, when a batch of this cold air breaks off and pushes into the lower 48, it is because of a notch of warm air surging into Alaska.