The Proud Marys gear up to race down the Missouri River 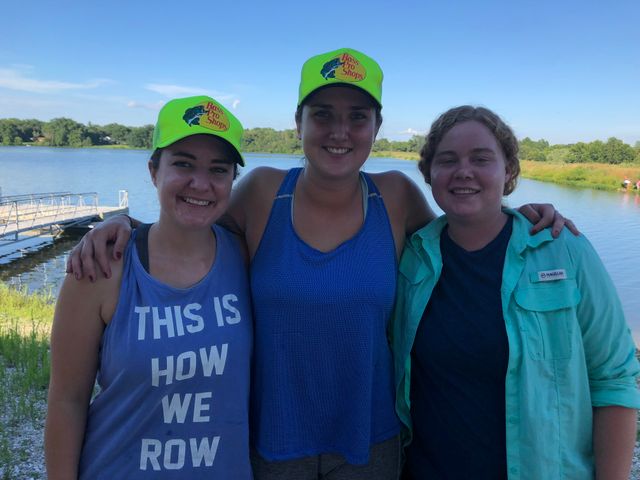 COLUMBIA - Three women from Columbia are taking on an extreme family tradition.

"We decided this year we wanted to give it a try," Crawford said.

The MR340 is a 340-mile paddling race across the state of Missouri that starts in Kansas City and ends in St. Charles.

"The first year I was the groundcrew for the guys and I was like you guys are crazy. I'm never doing that," Juhl said.

"The first year they did it, I was like... why are you guys doing this? But definitely the second year, I thought, yeah it would be cool to have the self satisfaction that we paddled down 340 miles in the Missouri River in July heat," Chittum said.

It was only a matter of time before Crawford, Chittum and Juhl signed up for the race under the name, "Proud Marys."

"We kind of wanted something that was fierce and stood for women. Since we are three women doing it. And it's a good song," Crawford said.

Since they started training in April they have played the song every time they begin to paddle in the canoe.

Crawford's position is in the front as the "eyes of the boat," Juhl maintains the back while steering and Chittum sits in the middle as the navigator.

"If someone needs a turkey sandwich, I'll throw it to them," Chittum said.

The three of them had never paddled together before a couple months ago and tried to get out on Lake Dixie whenever their schedules allow.

"It's been pretty special getting to know them, they're great girls. Glad to have them on my team," Crawford said.

The Proud Marys are dedicating their race on the Missouri River to raise money for Planned Parenthood.

"It's a great organization that, I don't know, to me feels like it's not getting as much support as it should be right now. We wanted to do something that is woman strong," Crawford said.

They also started a GoFundMe for the Missouri River Relief and they want to reach $500 before race time.

Every competitor must make it to St. Charles within 88 hours.

The Proud Marys look forward to crossing the finish line.

"Having said we did it will be awesome. Having gone through all the different mind sets and exhaustion and all the craziness that'll go with it," Juhl said.

Once the exhaustion surpasses, the Proud Marys will celebrate.

The race starts on Tuesday, July 24, in Kansas City and ends Friday, July 27, in St. Charles.