The "silver tsunami" of retired baby boomers is hitting Columbia 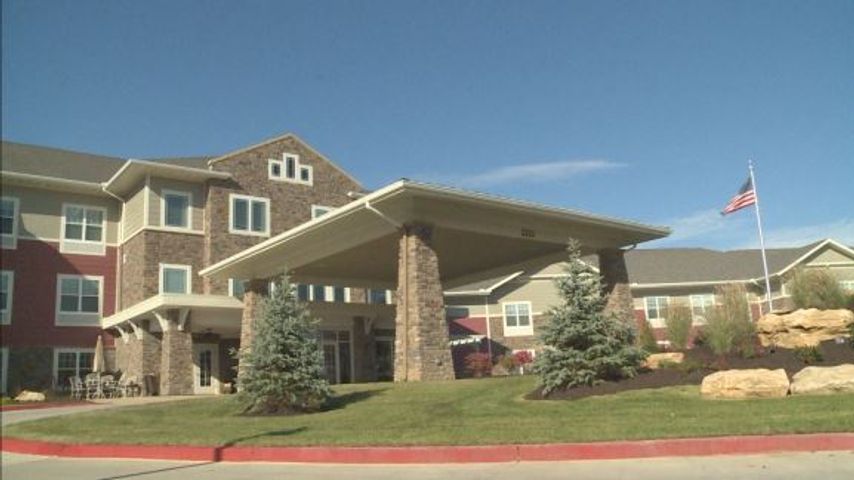 COLUMBIA – Provision Living in Columbia opened an 11-acre community to residents in October to accommodate the “silver tsunami”.

Jeff Hinshaw, executive director of Provision Living in Columbia, said the “silver tsunami” is a term used to refer to the baby boomer generation that is reaching retirement age at the same time.

“Well, to open a new senior residence center here, as we move forward the baby boomer population, in the industry we call it the ‘silver tsunami’ because there’s really just so many people that is becoming of that age that we’re actually way behind on the housing that we have,” he said. “When it comes down to it, it’s really about 15 percent of people who can actually use senior living. A lot of the families decide that they want to stay at home, and sometimes that’s a great option, but a lot of times that’s not really the best thing for our seniors.”

The company is based in St. Louis, and Hinshaw said it was attracted to Columbia for the convenience.

“We’re attracted to Columbia because, well, Columbia is a great town for medical. It’s also a great town for seniors,” he said. “It’s because of the university itself, and the tremendous medical we have here.”

President of Columbia Chamber of Commerce Matt McCormick said Columbia has been aware of the waves to come.

“It’s due to a number of factors. One of the factors is Columbia is constantly ranked as a great place to retire. A couple of factors that go into that is health care and the amount of health care providers we have here,” he said. “Another part is the baby boomer generation starting to go into retirement and looking into communities to move into. So yeah, it’s exciting times."

McCormick said the “silver tsunami” is not only a national phenomenon, but is also apparent in Columbia.

“It’s because that generation is just so large, and it’s starting to retire at one time and you’re starting to see that wave, and that wave is growing as more and more are retiring,” he said.

Hinshaw said residents slowly started to move in on October 1 and the community has gotten move-ins from the Columbia area and from as far away as the state of California. He said the 95-apartment complex will house 20 residents by the end of October.

The arrival of this community also brings in job opportunities.

“Whenever you bring a community like this to an area, you’re also going to bring in employment. With that, we hire nurses, activities people, we hire dietary people,” he said. “We’re expected to offer about 90 jobs to the Columbia market.”

The community offers a memory care facility to help residents with dementia learn to live independently.

“Memory care is very big to us because we’re seeing an increase in people who have dementia and Alzheimer’s disease. It’s really something that we’re trying to work through what’s really best for the people who have Alzheimer’s now,” he said. “With the unit itself, it is a secure unit, but we offer them the ability to do what they please. We want them to experience life as it is being brought to them.”