The Tigers Overcome Adversity as They Cruise Past Navy 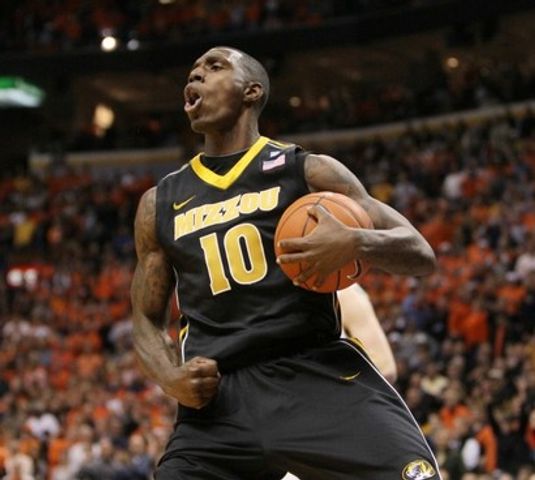 COLUMBIA - It was a slow start for the Tigers at Mizzou Arena on Saturday, but its that kind of adversity that coach Frank Haith says will keep his team on its toes.

"Proud peacock today, feather duster tomorrow," Haith said, "Our guys need to understand that it all could come down on us at any point in time."

The Tigers took that slow start and eventually transformed it into another dominating performance. Senior guard Marcus Denmon led the way with 22 points, but all five starters finished with double digit totals.

"It just depends on the team we're playing or who's making shots that day but it just shows you that we have guys athat are capable," Denmon said.

One starter specifically, Ricardo Ratliffe who is second in the nation in field goal percentage, finished six for nine with 14 points.

Ratliffe said, "They were trying to box me out further, and they were trying to make sure that I caught the ball off the block so I commend them they did a really good job, and I just tried to keep my cool and still find good spots."

A recent addition to the team, Mizzou Tight End Andrew Jones made his debut late in the second half, notching one minute and picked up his first foul. Frank Haith likes his newest Tiger's style of play saying.

"I love him. I absolutely love him," Haith said, "I love his toughness, I love his competitive spirit, I love his willingness, I mean he's got great passion and he's a smart guy."