The woman behind Missouri wrestling 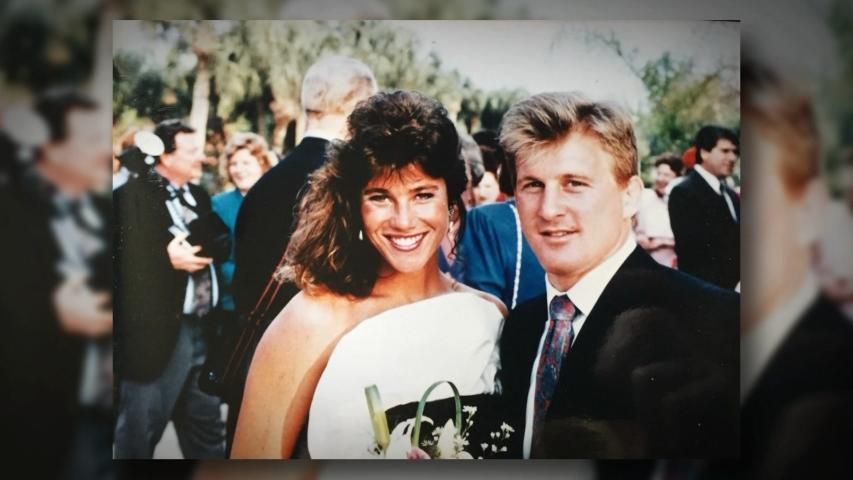 COLUMBIA - Behind every successful man is a woman, and for Coach Smith of the Missouri wrestling team, it's no different.

"I would say it was love at first sight," Denise Smith, wife of Coach Brian Smith, said. "He probably would, too."

Over two decades ago, the two vowed their lives to one another, but Denise Smith admits she didn't know exactly what she was getting herself into.

"I married into wrestling," Denise Smith said. "I didn't really have a choice."

Many years later, she still doesn't.

And she loves it. From the nails, to the belts, and the clothes to the tattoos and purses, she's a true tiger dressed in tiger gear.

But, for the coach of a team ranked first in the nation, she is a lot more than a pretty face in the stands.

To the wrestlers, she is even more than that; She's family.

"She's a really good host," Senior Wrestler Johnny Eblen said. "She's just kind of like a mom to us, to the whole team."

As she sits in the stands, dressed head to tow in black and gold, she is often asked which wrestler is hers. To that she responds, "They're all mine!"

When the wrestlers are as successful as they are this season, Denise Smith admits she gets frustrated.

"It's difficult when they're not even talking about us.," Denise Smith said. "When no matter what happens with basketball or football, even if it's negative or they're lost, they're still giving them more attention."

The largest crowd the wrestling team has ever seen, according to Mizzou, is just over 2,000 in 2006. The MU football team never ranked in the top ten this past season but still regularly had 70,000 fans flood into Memorial Stadium.

To Denise Smith, though, it isn't about the numbers; It's about how far her husband has come.

"He's obviously proved he could do all of the things that he said he was going to do," Denise Smith said. "Which he said in the beginning and so many people doubted him."

There have been days that proved to be very difficult for Denise Smith, but she knows it's these days and seasons that have strengthened her marriage.

Although she didn't know it at the time, by vowing to be faithful to Brian, Denise was given a group of sons she couldn't imagine living without.

These sons of hers will fight for a National Championship March 19-21 in St. Louis.