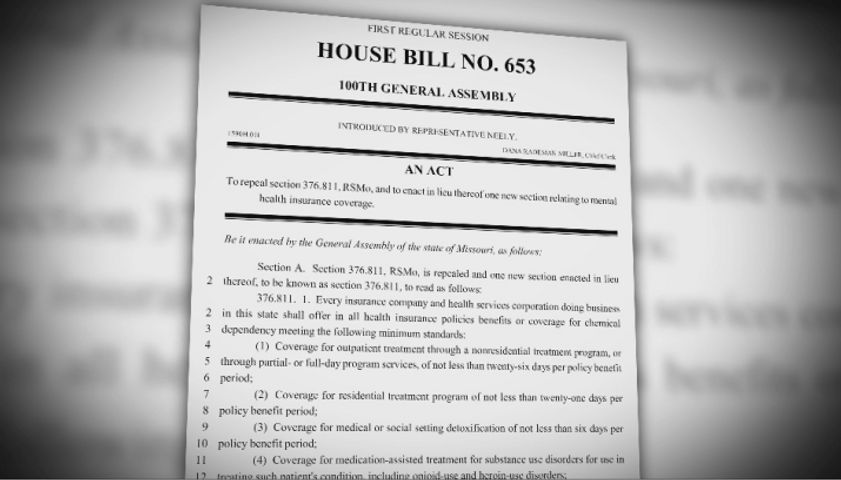 Rep. Jim Neely, R-Cameron, a former physician, said there are too many obstacles between patients and the care they need under current law.

His bill would address what he views as the biggest roadblock: prior authorization, a requirement that many health insurance companies have for medical plans to be approved before you can receive care.

The bill would require health insurance companies to cover evaluations for mental illness without any pre-approval.

The Missouri Department of Insurance did not respond to a request for comment.

During a public hearing Monday, Rep. Suzie Pollock, R-Lebanon, said she saw these types of problems when she worked as a cardiovascular invasive specialist.

"It would take my entire eight-hour shift to get that patient to the treatment they needed," she said. "And a lot of times it was very disruptive if they were super critical or had been off their meds for awhile."

None spoke in opposition at the hearing, and Neely said he is optimistic the bill will move forward in the legislative process because he believes that mental health is an important issue that needs to be addressed.

"It takes up a lot of money to take care of people, so it needs to be focused. And the sooner we can get to somebody and get continued care, that’s the answer," he said.