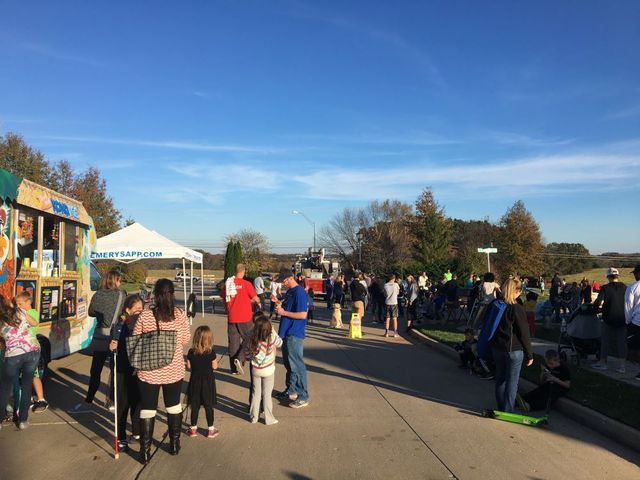 The road fully opened Friday for the first time after seven years of construction.

"We have been living on what we call an island for some time," said resident Brooke McCarty. "We decided to throw a street party in celebration of getting places faster."

McCarty praised the street's new sidewalks and said it will be easier for people to bike and jog to the trail.

The road opening still does not feel real for one resident.

"We still don't have that feeling yet since it's only been a few days," said Thornbrook resident Shannon Patterson. "It is hard to turn left out of the neighborhood when we are used to turning right, but gosh we save 30 minutes a day just from not driving down Old Mill Creek, and we just get places faster."

Construction on the road began in 2009, and it had been under repair in three different phases since then.

Residents at the block party were able to register their bicycles and get helmet safety checks.