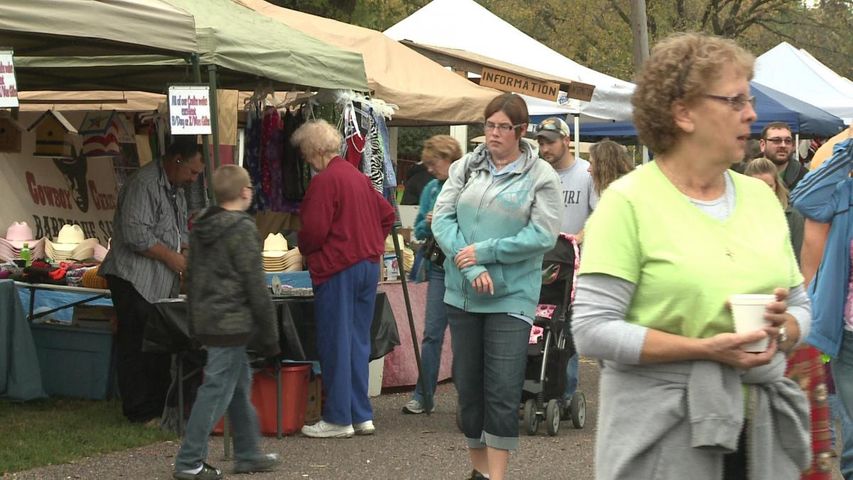 Festival president Pat Edelen said about 50,000 people visit the town of 107 for the festival each year. She said she expected as many or more people to attend this year. Edelen said 266 vendors had set up shop throughout the town. The vendors included face painters, jewelers, metalworkers, artists and food stands. Visitors also had the chance to pick pumpkins out of a pumpkin patch.

Joanie Seidel-Petralia, who has attended almost every festival since the event began in 1991, said this year was the first time a completely new group of leaders ran it. She said she felt the new organizers did a fine job, though she was surprised Saturday morning's parade wasn't as long as she remembered. One thing that hasn't changed, she said, is the crowd.

The festival continues through Sunday, October 14. Parking is free, and no admission is charged for events.