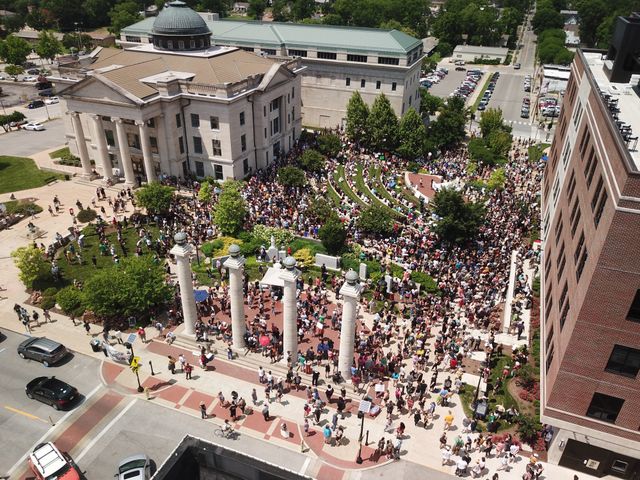 COLUMBIA - Hundreds of protestors marched in the Black Lives Matter protest Sunday that began at the Boone County Courthouse.

Organizers of the protest estimated around 2,000 people were in attendance.

One of the protest's organizers said Sunday's protest was the biggest local turnout yet.

"If we're not standing together, then we're not going to make a change," Adam Scalin said.

Scalin said Sunday's protest means something even bigger to him.

"Coming from somebody who has a younger black brother, I don't want him growing up in a world like this," he said.

One of the protestors said she's marching for George Floyd, Breonna Taylor, Ahmaud Arbery, and anyone who has ever faced injustice.

She said Sunday's protest was about more than just her own life.

The protest started at 2 p.m. at the Boone County Courthouse and lasted until 4:30 p.m.