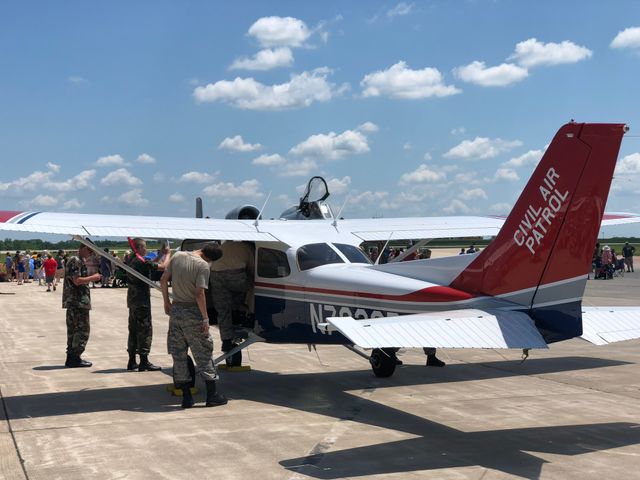 COLUMBIA - Iowa, Florida, Michigan and Virginia are just a few of the home states visitors traveled from for the 30th annual Salute to Veterans Airshow Sunday.

Jessica Houston, media chair of the air show, said she thinks people are willing to make the travel because Columbia's air show is different from most.

"We are the largest free air show not on a military base," Houston said. "We're unique because our mission isn't necessarily what's the biggest thing we can put up in the air but how can we support our veterans and say thank you in the best way possible."

KOMU 8 News spoke with several people at the event and many said that the show was worth the travel.

"The community looks like they really get behind it, it's been a good time," Randy Walker, who is visiting from Iowa, said.

For local businesses, the influx of people can help with slow business hours during Memorial Day Weekend.

"Most of our regulars go down to the Lake of the Ozarks for the weekend," Mayah Doncan, a waitress at Woody's Pub and Grub in Ashland, said. "But we get our occasional rush with the air show going on, we're a really close stop for that."

Doncan said that Sunday was busier than normal with air show guests coming and going for a quick bite to eat.

KOMU 8 News talked several other local businesses that said they are busier during Memorial Day Weekend, but none wanted to formally comment.