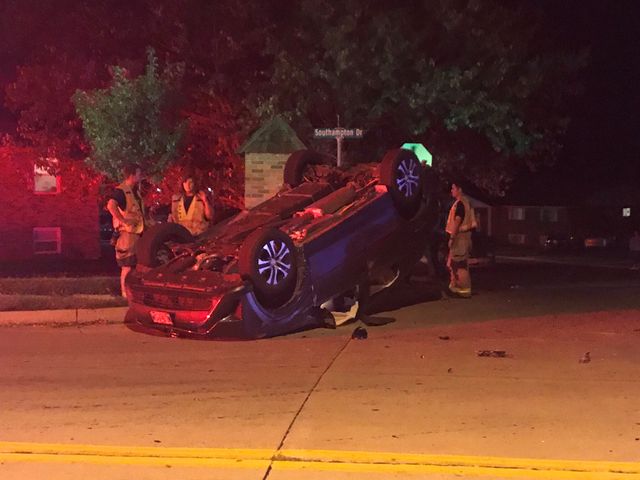 Columbia Police and Columbia Fire Department were on the scene. According to CPD there were no injuries, and the people in the car that flipped over were wearing seatbelts.

Southampton was closed for about an hour near Apple Tree Lane.

There is a three-car collision on Southampton Drive in Columbia. The police say there are no injuries. @KOMUnews pic.twitter.com/jMWcOMcREL

More photos from the scene. Road is still closed but cars are currently being removed. @KOMUnews pic.twitter.com/A6OV9zAm2J