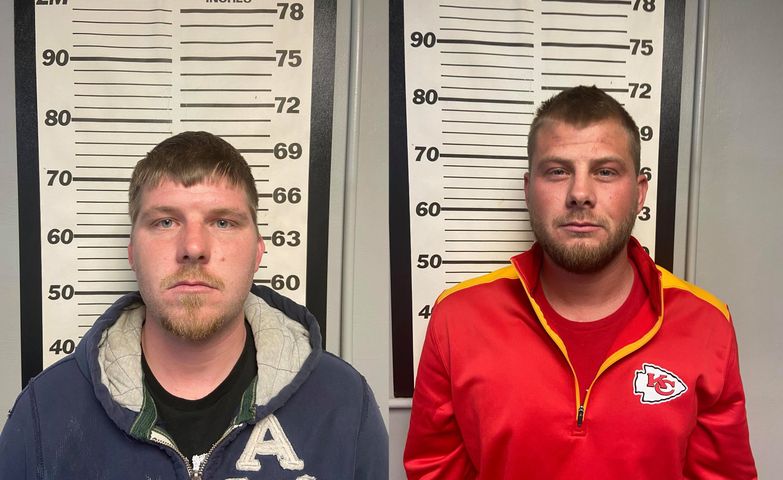 BELLE - Three people face charges for what investigators said is a case of arson and insurance fraud.

Court documents said deputies were tipped off on December 10 about a possible fire at the home, while Chad Faulkner and Perez were on vacation. The probable cause statement said "due to the information received, surveillance cameras were placed."

According to the probable cause statement, two fires were set at the home on December 19, one in the early morning and one later that night. Deputies said Cody Faulkner admitted to setting the first fire, and when it didn't spread but burned itself out, he called Chad Faulkner. According to Cody Faulker, they then called Cody's father Kenny Faulkner and his uncle, Marion Ray.

Cody Faulkner told deputies he drove Kenny Faulkner and Ray to the home late the night of December 19, and picked them up a short time later. The probable cause statement said the vehicle they used belongs to Chad Faulkner.

Surveillance video, according to authorities, showed Cody Faulkner at the home early in the morning, and Kenny Faulkner and Ray at the home late that night.

During an interview, deputies said Cody Faulkner told them he agreed to be paid $5,000 to set the house on fire while Chad Faulkner and Perez were out of the country. He also admitted to removing items from the home before the fire was set, which court documents said was corroborated by surveillance video. Deputies later recovered the items Cody Faulkner said he removed.

According to documents, Chad Faulkner then filed an insurance claim to try and recover a settlement.

It's not clear if or when Kenny Faulkner or Ray could be charged, but the sheriff's office said additional arrests are expected.

"I have been a long time friend of Chad and with him being a former employee I am truly disappointed in his actions. I fully support the Fire Marshals Investigation and due to my relationship with the family my office has stayed out of the investigation. I expect all parties involved to be held accountable for their actions."