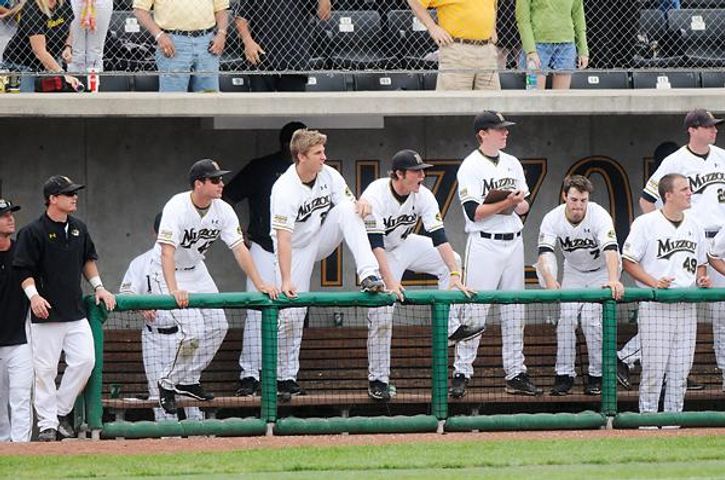 The trio recently had a chance to play in a All-Star game at Busch Stadium. And they're the three best friends that anyone could have.

"We're comfortable with each other in every type of situation and have the confidence in each other to succeed," said future Tiger Jake Ivory. "We have a connection on the field, we've been through a lot together in high school three years on varsity, all three of us, fighting for a state championship and getting it this year."

But winning is nothing without your best friends.
"To do it together, was a big deal," said Jake Ivory.

Jake Ivory concluded with, "It's a dream to play on Busch, they don't even let you walk on the grass, when you get here, if you come on the field for a game though, they won't let you touch the grass, now I get to run around and play on it."

"It's a special day with all of us here you know we're all friends too," said Brett Graves.

And when it comes to baseball, even former Cardinal John Mabry says they should work in teams. "And then take their talents to Mizzou, which is their hometown college, it's a hometown college, so everyone knows what goes on at Mizzou, here in St. Louis so it's gotta be special for those guys," Mabry said.

Ivory, Munson and Graves say playing at Busch Stadium is a once in a lifetime experience but are excited and hopeful all three of them will be bringing their talents to Mizzou in the fall. If Graves does sign with the Cardinals, the trio will be short one member. But it's not just the boys who share a tight bond.

"I mean they've played together since they were eight, nine years old, we've spent a lot of summers together," said Mary Graves, Brett Graves' mom.

And together, they will ride the lightening to Mizzou.

Kristen Munson, Case Munson's mom concluded with, "For us as mom's, I think just knowing that we'll be at games together, and it doesn't have to end with high school, is a blessing." A blessing for three best friends.