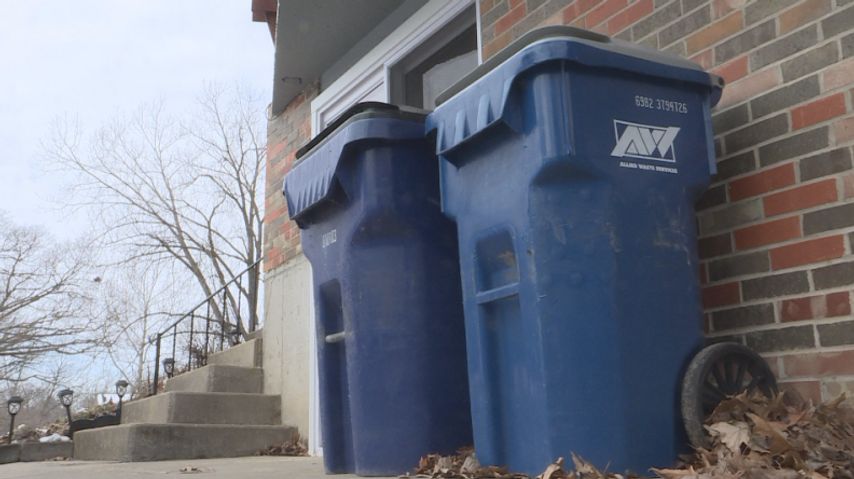 The company informed customers of the termination of service through a letter earlier this month.

"After your recycle service day the week of March 25, please leave your recycle cart at your curbside and Republic Services will pick it up within three days of your final service," the company said.

"For us, it made it more convenient because we tried to take our recyclables to recycling centers," he said.

Republic Services spokesman Andrew Wempe said the company has offered residential curbside recycling to customers in St. Martins, Wardsville and Russellville for free for a couple of years.

Hronick said because he was not paying for the service, it didn't come as a complete surprise for him that the company decided to take it away.

"Of course, it's extra work for them," he said.

Wempe also said China changed its standards to buy recyclable materials from the United States. He also said the value of recyclables has gone down in the market. In some cases, it actually costs companies to dispose those materials to sell them.

For those reasons, Republic Services won't be able to continue offering recycling services for free, he said.

"It's amazing how much stuff would otherwise just get thrown away that can be recycle and used again," he said.

He said he would be willing to pay Republic Services to continue collecting recyclable materials in his neighborhood.

"But I don't know how well that would go with everyone else," he said.

Despite the change, Hronick said he will find ways to continue recycling, even if that means having to drive to a recycling center.

"We have to recycle one way or another, I guess," he said.