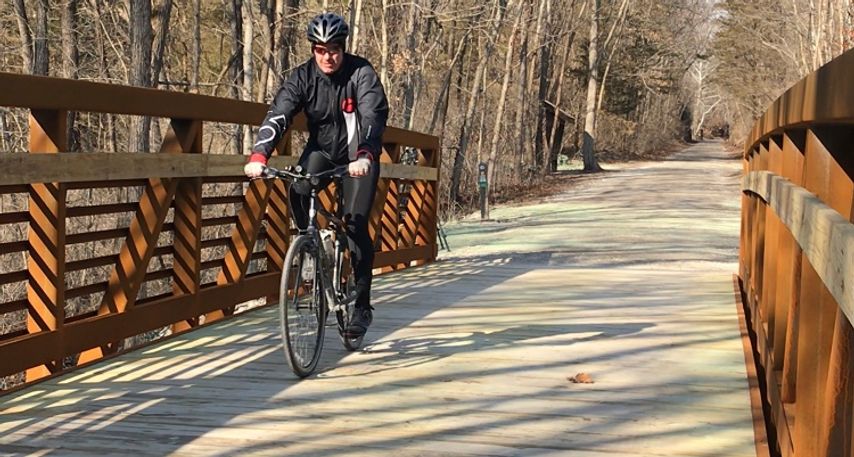 Bridges 5, 7, and 8 re-opened March 16, as well as the Stadium Boulevard trailhead access point. The department estimated the contractor would finish the project around March 31.

Mike Snyder, Parks and Recreation Planning and Development Superintendent, said replacing the bridges was necessary due to their old age.

“Most of these bridges are 100-year-old railroad bridges. They were designed to carry trains, but even so they're 100 years old, and so they will all need to be replaced over the next 20 years or so," Snyder said.

Zahir Oresc uses the trails to walk his dog twice a day. He said, "This is great. This is great. I've been waiting for this to open up. I think this section is really beautiful, with all the cliffs and the cut out."

Oresc said the "real blessing of Columbia" is the trail system.

Snyder said the department has already replaced six of the 13 bridges, thanks in part to a tax that was renewed in 2015. He said the tax will be up for renewal in about four years, allowing the public to approve replacing more bridges.