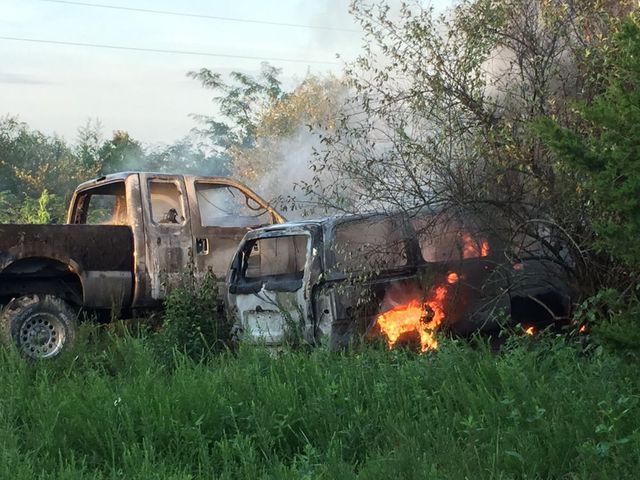 COLUMBIA - More than ten fire and rescue units were called to 3933 Highway WW East Thursday morning for a fire at 6:30 a.m.

The Boone County Fire District found three vehicles burning in two different locations at the scene. The fire was contained before it could spread to a nearby residence.

Captain Martina Pounds said gasoline was poured around the area, but she said investigators weren't sure what started the fire.

"We're going to do an investigation, look at the car, obviously let it cool down a little bit," Pounds said. "It looks like they're pretty much all burned so it's going to be harder to find an origin or a cause."

The fire was discovered when a witness saw the smoke in the sky and called authorities.

Fire crews were able to contain the fires by 7:15 a.m. There were no reported injuries.

(Editor's Note: This story has been updated to include the latest information, and corrected the address.)