'Through thick and thin': Boonville community rallies around football team 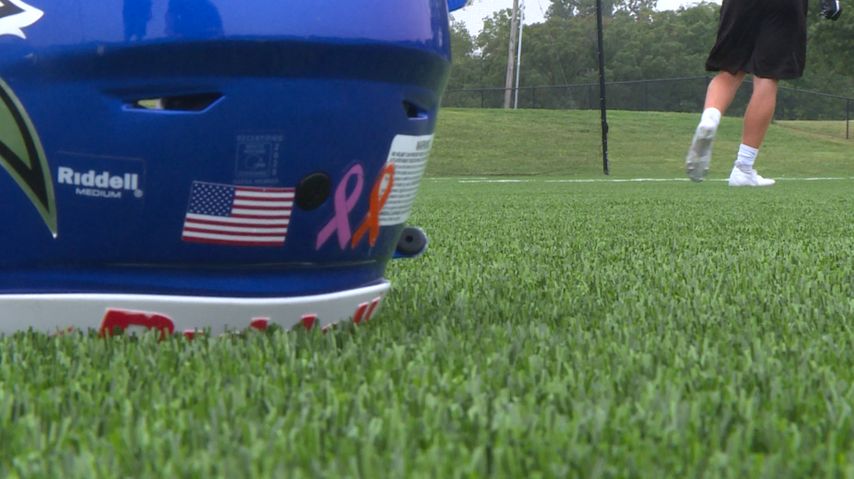 BOONVILLE - It's no secret that Boonville is riding a high after dismantling Holden's defense last week, 74 to 2.

Coach Greg Hough begins his third year on a roll, and he said it's all based on the culture that has formed in the locker room.

"When a team comes together, great things happen, and that's what this group really is," Hough said. "This team's everything... is the best I've [had] in the three years I've been here."

The team went through everything imaginable these past couple years.

"We were numb," Cynda West, Lane and Kale's mother said. "None of our family members have had cancer before. [Kale's siblings] didn't know what to expect. You hear a family member has cancer, and it automatically goes to the worst scenario."

Coach Hough said Lane doesn't like to focus on it too much during football season.

"He doesn't like to get into details," Hough said. "He just wants to know if [Kale] is doing good or bad, and that's it."

However, Lane said it was tough to see his brother go through that initially.

"I was really sad for the first week or two," Lane said. "Like as soon as it hits, everything just hurts a lot more as it happens, but as it progresses, you still think about it a lot."

Despite this, Lane said he still focuses on football during the game and then thinks about his brother more after the game.

"Through thick and thin" is how Coach Hough puts it. The Boonville community rallied around those in need on the football team and gave the West family strength.

"We don't walk through the gate at a football game where somebody doesn't ask how Kale is," Cynda said. "Or, if they see him, give him a big smile or a fist bump, you know?"

Within the Boonville program, a bond formed between Coach Hough and Lane.

"Lane's over at my house quite a lot," Hough said. "He came over one time, we're all sitting at the dinner table and he knocks on the door, and I said, 'Oh! Lane, we'll get you a burger or something.' 15 years from now, I'll still have a relationship with [Lane]... 20 years from now."

A bond that Cynda will never take for granted.

Hough said that's what high school football is all about.

"Again, you talk about the importance of Friday nights. It's just us being together to build those relationships is even more important than the scoreboard, the lights or anything like that."

The Boonville football team is wearing orange and pink ribbon decals on their helmet this season.

The orange ribbon is support Kale and all those affected by leukemia, and the pink is to support Wiser's mom battling breast cancer. Things like these are what keep the West family going.

"It's so overwhelming and nice to have that support," Cynda said.

Kale said he's looking forward to seeing his brother's games again. He also had some profound advice to give to those battling leukemia that we can all learn from.

"Things will get better and to not worry and trust the people who tell you everything's going to be okay and to listen to them."

Cynda said Kale and the family will be in their normal spot cheering on Lane and the Boonville Pirates for Friday Night Fever's Game of the Week on Friday night.