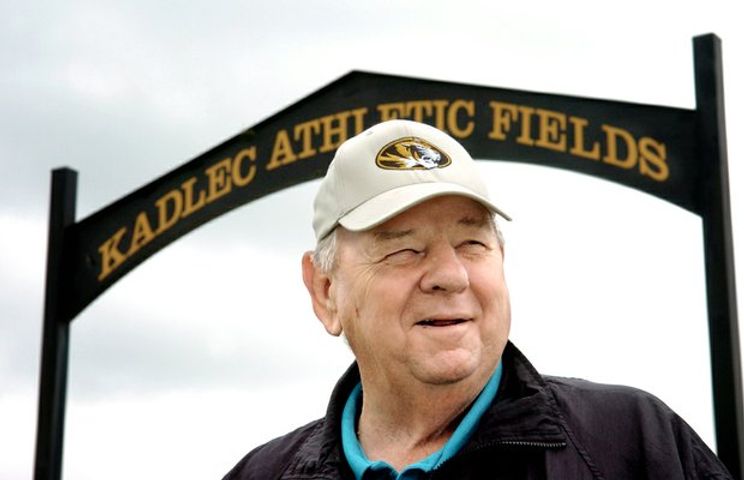 SPRINGFIELD -- Retired Mizzou football coach and broadcaster John Kadlec has been inducted into the Missouri Sports Hall of Fame.

Kadlec, who broadcasted Tigers games for the last 16 years, also played for Mizzou under coach Don Faurot. Kadlec also coached the Tigers from 1954-59 and again from 1966-77.

Kadlec unveiled his bronze bust and commemorative artwork at a luncheon in Springfield today.

Two other Tiger greats were inducted along with Kadlec, former All-American guard Ed Blaine and running back Norris Stevenson, who is best remembered for breaking the color barrier at MU, being the first African-American to receive a football scholarship in the school's history.