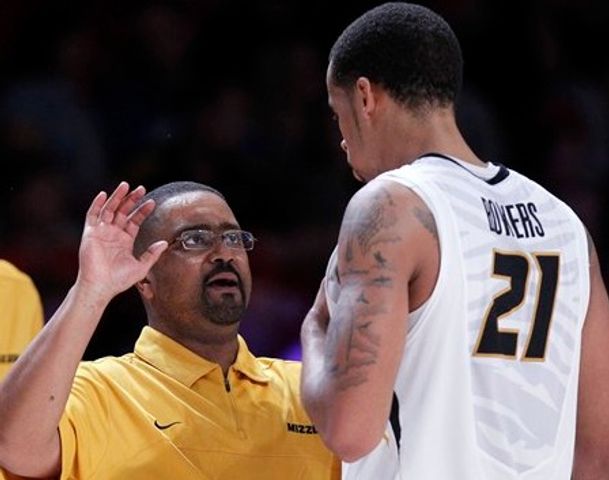 COLUMBIA - Last time out against the Florida Gators, Mizzou lost by 31 points and point guard Phil Pressey had 10 turnovers. KOMU 8's Kamen Entchev tells us how Pressey was key in a big Tiger comeback the second time around.

Whether it was missed shots or turnovers, Mizzou's execution was far from excellent for most of the game. The Tigers were down 13 with about 11 minutes to go, but from there, the game took a different turn.

Pressey said, "One word that I can say: believe. I mean you always have to believe you can win. Whether you're up 12 or down 12, you just believe you're going to win. And we came out with the W." A big part of the turnaround was Phil Pressey, who had 6 assists in the final 11 minutes of the game.

Florida head coach Billy Donovan talked about the game, "I think fatigue played a factor. They scored, our defense for the most part did a really good job in the game. And I thought we defended them really well except for those last 8 minutes. I thought Pressey got loose off pick and rolls and made the game easy for everyone else around him." The Tigers' head coach Frank Haith had similar things to say, "Phil was outstanding tonight. He's one of the best point guards in the country and he played like it tonight. You know his value is unbelievable and I thought he had a great grasp of his teammates."

One of those teammates was Laurence Bowers, who had only been averaging about 8 points per game in his six games back from injury. The senior L-Bo said, "I talked with coach you know and I just needed to play with nothing on my mind, just worrying about defense and rebounding like he said and that was my approach. I shot a few shots but i Ipromise you my approach was on the defense end."

With the 63-60 win over Florida, Missouri improved to a perfect 15-0 at home. The Tigers have also yet to lose back to back games this season. One team that for at least one night... had their two stars back on track.