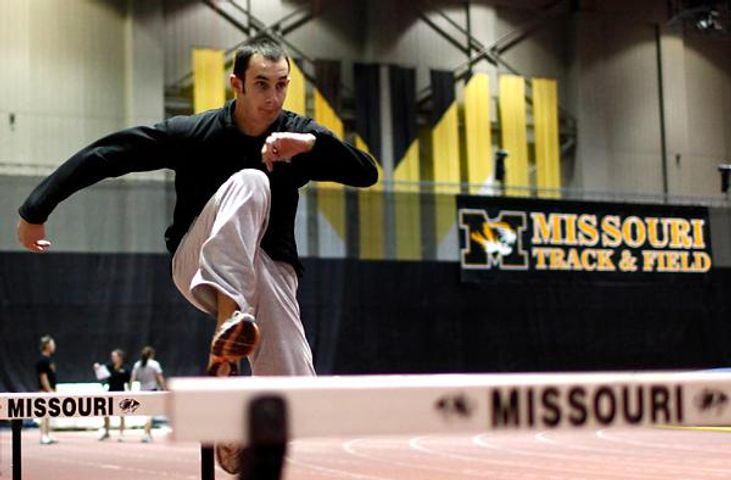 COLUMBIA, Mo. -- The Mizzou men's and women's track teams each had great starts to the Tom Botts Invitational at Walton Stadium in Columbia this afternoon. The women are tied for first after day one with Indiana State. Both teams have 55 points and sit well in front of third place Missouri State who has 25 points. The Mizzou men sit in third place with 28 points, in distance of catching first place Illinois and Indiana State who each have 31 points after day one.

The throwers led both teams during day one. Sophomore Megan Collins led the way with a first place finish in the discus, throwing a season best of 49.36m. Freshman Sandra Hampton finished in second with a personal best or PR throw of 47.05m. Senior Katie Vanarsdall also scored for Mizzou, with a throw of 44.35m placing her in seventh.

The men were led by an outstanding performance from sophomore Brooks Mosier. Mosier finished first in the discus with a new PR, throwing 52.59m and second in the shot put throwing 16.94m.

Rounding out the scoring finishes for the men in the discus were junior Tim Opfer throwing 50.20m for third and sophomore Jacob Bullinger had his greatest throw of this year, throwing 47.92m for seventh place.

Competition resumes tomorrow morning at Walton Stadium with the field events at 10 a.m. and the track events at 10:30 a.m.