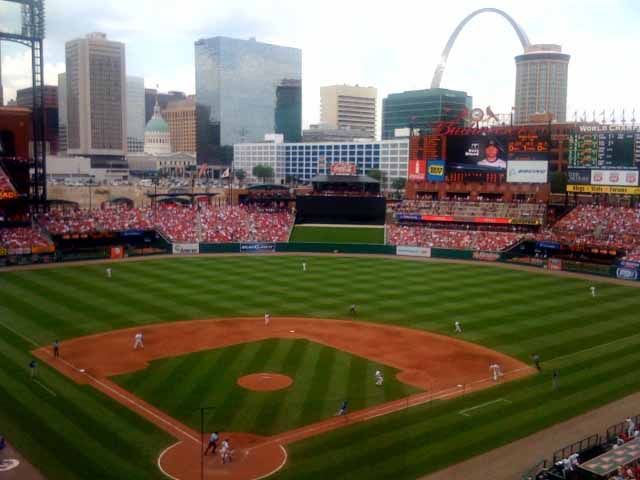 ST. LOUIS - Every kid dreams about playing in the big leagues in those great ballparks, right? Well, Missouri and Illinois got halfway there on Tuesday. KOMU 8's Ari Alexander tells us about college baseball in Busch Stadium.

"The ballparks are like cathedrals." Crash Davis said that in Bull Durham, and it applies to Busch Stadium. Jake Ivory, Mizzou's sophomore outfielder, explained, "It's what every kid dreams of, playing on a big league field. So yeah, definitely I think about it but not so much when we're actually playing." Some players were humbled by it. "It's definitely awesome, because I've come here all my life watching Cardinals games, so it's definitely fun to come here and play."

Some players were excited, to say the least. Case Munson, sophomore outfielder for the Tigers, said, "yeah dude, it's fun man, big league park. Being from St. Louis it's fun to be at Busch Stadium where the Cardinals play. Much better than anything we've played at this year, great stadium, great grass, it's fun running around the outfield. It's an awesome atmosphere."
Really excited... Munson continues, "dude it's just cool being out here, being in the outfield I could tell, your cleats sink in, you just feel like a big leaguer, it's so nice and everything around you is so nice."

But the Tigers lost 6-2, falling to the Illini for the first time since 1988. Mizzou head coach Tim Jamieson had said, "the main thing right now is we just need to start doing what we need to do at the plate, and our approach individually and collectively hasn't been very good. If your approach is good, you've got a chance."

Mizzou drops to 9-16 on the season, with a tough schedule ahead. Missouri will be in Georgia this weekend for a 3-game series. The Saturday night agme will be televised on ESPN-U.