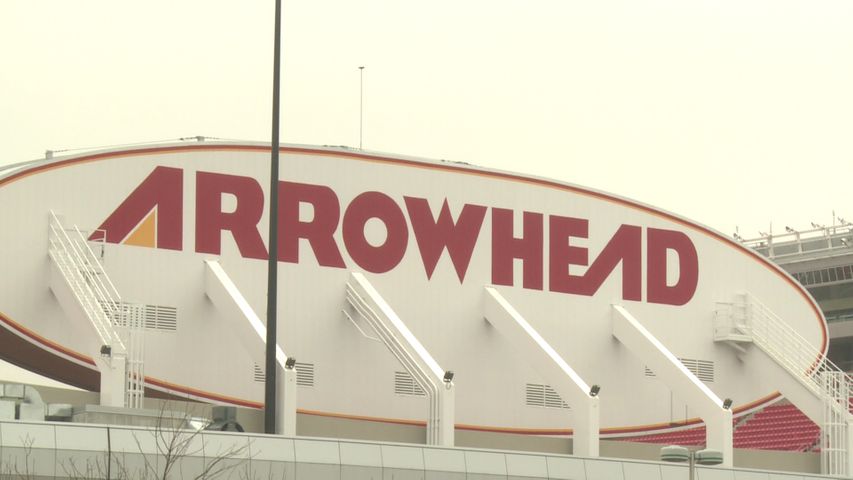 KANSAS CITY - The Clarion Hotel - Kansas City Sports Complex continues to book rooms for the Border Showdown. And the half dozen left Tuesday are expected to sell out by the weekend.

The Clarion sits directly across the street from the Arrowhead Stadium, and sees an increase in business when the Tigers take on the Jayhawks.

"It's definitely an exciting time," General Manager Steve Pastor said. "We get quite a few people coming from both sides of the state."

The hotel started getting reservations four months out from the game. This year, Pastor said the bad economy caused people to cancel or book last minute.

"You have those last minute shoppers that are looking for a bargain to book the room at the last minute," Pastor said. "But quite honestly in this setting it really doesn't work that way because we are going to sell out no matter what."

Other hotels down the highway are not singing the same tune. The Independence Quality Inn and Suites does not see much business during the Border Showdown.

"The MU vs. KU game doesn't bring a lot of people to us because we are a little further from the stadium," Harrington said.

The Clarion maintains business this year due to the proximity to the stadium, but Pastor does worry what will happen to now that Mizzou has left the Big 12 and the Border Showdown no longer exsists.

"I understand why they are leaving, but economically for us here, that could be a huge loss," Pastor said. "Our hopes is that someone else comes in (at Arrowhead) to replace it."

Pastor hopes the Border Showdown continues next year. He hopes to continue a profitable Thanksgiving weekend, as well as see one of the oldest rivalries continue to flourish.