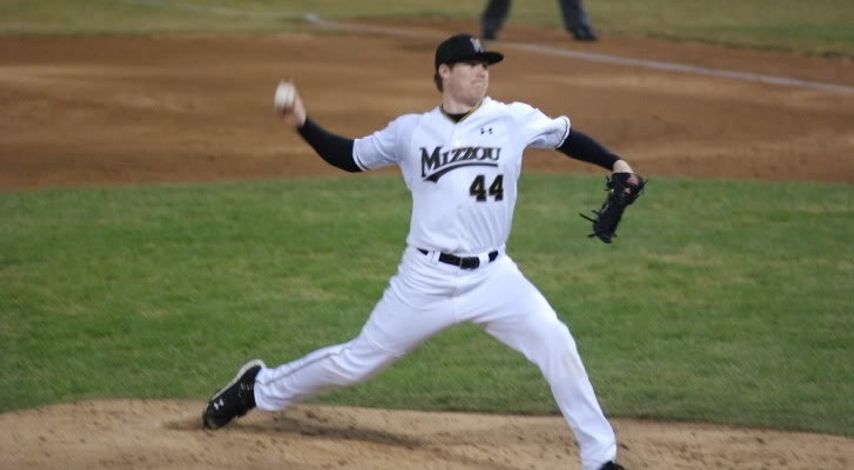 COLUMBIA - The Missouri baseball team fell 6-0 on Sunday against rival Kansas in the series finale at Taylor Stadium. The loss moves the Tigers record to 14-22 on the season and 2-9 in Big 12 play.

Sophomore catcher Ben Turner carried Mizzou at the plate, going 3-3 and drawing a walk, reaching in all four of his plate appearances. Sophomore Eric Garcia extended his seven game hitting streak in the seventh with a double.

Junior Dusty Ross made his second career start and was tagged with the loss after giving up a run in 2.0 innings of work. Ross only gave up one hit during his outing, but struggled with his control, walking three Jayhawks in his two innings of work. Kansas' Alex Cox earned the win after pitching 5.2 innings, after not allowing a run and allowing six hits.

Mizzou struggled hitting runners in, stranding 11 runners in the game. This was the story for the entire series, as Mizzou stranded 34 runners in all three games.

The Tigers will take the road this week, traveling to Waco, Texas to face Baylor for a three game series starting Thursday. A season-high 1,113 fans took in the game on a beautiful day for baseball at Taylor Stadium on Sunday.