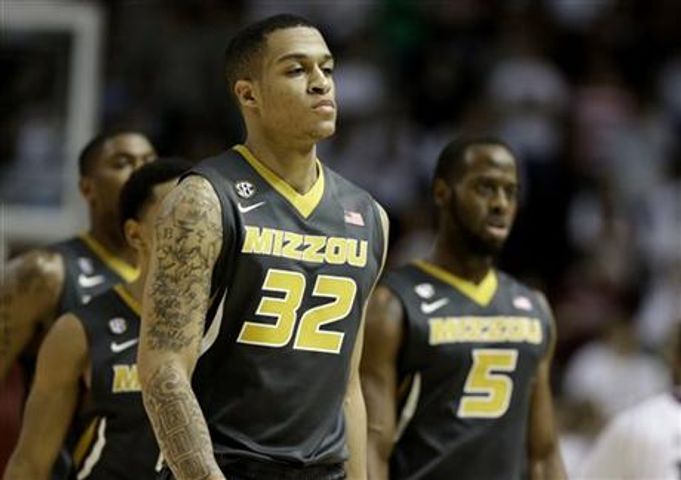 COLUMBIA - The Tigers lost most of their leadership after last season and have several new faces. This year, a couple familiar transfers have assumed new roles to start the season.

That leaves a new wave of young guys in need of leadership and that's what Friday night's exhibition game was about.

Earnest Ross and Jabari Brown each transferred to Mizzou two years ago and are now the faces of Tiger basketball.

But the new leaders aren't focused on themselves, instead, they're feeling out the fresh faces next to them.

"Playing our chemistry. I think it's just carried over into early on in the season and in practice and today. So I feel comfortable with them out there," Brown said.

In a short amount of time Brown has already seen one area where the team is clicking.

"When we're where we're supposed to be and we're playing with an intensity it enables us to get out on the break," Brown said. "I feel we're a real good team once we're on the break. I think that's the difference for us."

Former All-American at Mizzou on the 1994 Big 8 championship team Melvin Booker thinks this Tiger team is similar to another.

"They're similar to our team. They don't have like a star player but they have a great group of players," Booker said.

Brown and Ross would certainly welcome the success of that Mizzou squad as they move closer to the start of the regular season.

Ross had 12 rebounds to go with his 13 points and Brown led Missouri scoring with 15 on Friday night. The Tigers defeated Oklahoma City University 73-48.