Tigers Lament as Missouri's Season Comes to an End 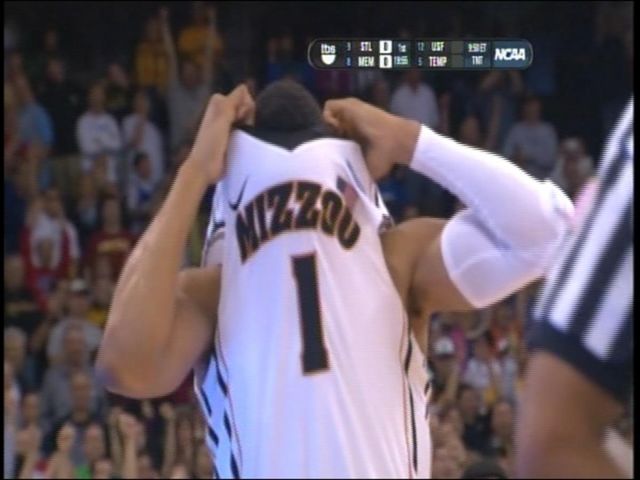 COLUMBIA -- The funny thing about sports is it will take you from the highest high to the lowest low in a matter of moments. Six days ago, The Missouri Tigers basketball team won the Big 12 Championship. Now, the team's season is done as it got knocked out by the Norfolk State Spartans in the first round of the NCAA tournament.

The Tigers could not stop the Spartans' Kyle O'Quinn. He finished with 26 points, 14 rebounds and the game winning tip-in that came off an air ball.

"It was their day, honestly," senior Laurence Bowers said. "They weren't missing. They were getting every loose ball."

Phil Pressey's shot at a game winning three clanked off the back of the rim at the buzzer, leaving Missouri shocked at the sudden end to its season.

"You know I hurt for those seniors because they put so much into this," Coach Frank Haith said. "They had high expectations as we come into this season. Let's understand one thing. They've had quite the year."

"I really hurt for him," Haith said. "The young man is a warrior and he didn't have it all today."

"The state of Missouri, the people that really supported us, I really hurt for them because we should have showed better than we did today," English added.