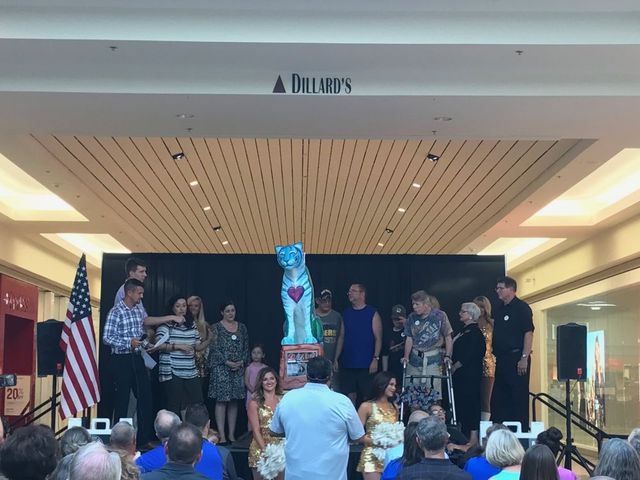 According to the founder of the organization, Chuck Crews, six local artists painted these tigers that each represents a local charity. He said the tigers will be auctioned off August 31 at Holiday Inn Executive Center, and the proceeds of each one will go toward the charity it supports.

He said people can participate in the event in multiple ways: buying tickets to attend the auction, bidding for the tigers, or visiting the organization’s website to make donations and vote for their favorite tigers.

“Ideally, they’d buy a ticket and come to the event. But if they can’t do that, they can go to that website and look at all the tigers, look at all the charities, and online, make a either large or small donation to that particular charity. That charity will get 100 percent of what they donate.”