Tigers' Ross Comes Up Big Against His Former Team 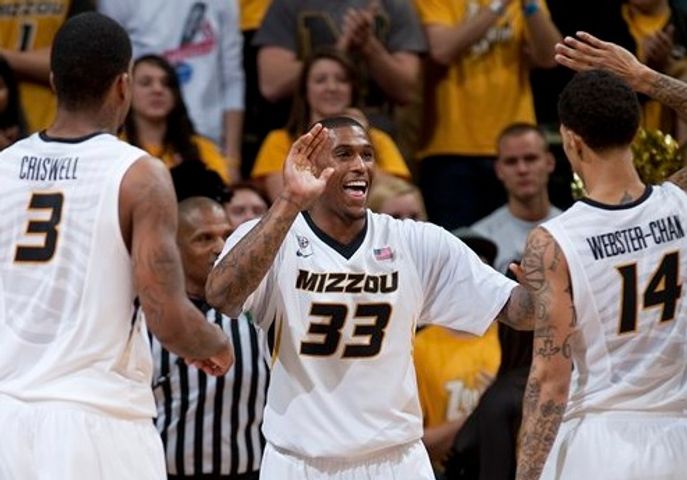 COLUMBIA -- Each time Earnest Ross has worn a college basketball uniform he's suited up for a team with a Tiger mascot. The current Mizzou Tiger put a hurting on the Tigers from his past this past Saturday.

If you ask Earnest Ross, it sounds like Saturday was another day at the office for the Mizzou Tigers.

In a 91-77 win over Auburn, Ross emphasized the team effort.

"Very satisfying personal wise but very, very excited for a team win. And that's what we need because in order for the team to win we all have to play well and tonight I think we did that," Ross said.

But it's hard to ignore the personal implications this game had for the transfer.

Ross acknowledged he was glad one of his best efforts helped topple his former team.

Coming off the bench, Ross scored a season high 23 points.

Another transfer on the team could only imagine how that felt.

"You know if I played (Connecticut) I'd feel the same way so I know exactly how he feels. There's probably no greater feeling than to play good against your former team," senior Alex Oriakhi said.

Ross was a stand-out for the Auburn Tigers just like he was Saturday for Mizzou.

Ross was the team's MVP two years ago and posted double figures over 20 times.

It's not often a transfer gets the opportunity to face his former team like Ross did.

"When you play a team and you transfer it normally doesn't happen, because you know you can't transfer within your league but to just be able to go out and play your game without any distractions," Head Coach Frank Haith said.

Ross did most of his damage behind the three point line against Auburn. Those are shots he's been working on.

"Just something I've been working on after practice and during the day and stuff like that. A lot of the managers come in and help me and rebound for me so I think them a lot. Just working on it to try and get game shots and when I get in the game, knock them down," Ross said.

With the shifts in Mizzou's rotation it's uncertain if Ross will continue to post these kinds of numbers.

Mizzou can be certain it got the best out of Earnest Ross' transfer between Tigers.

Ross' mother attended Saturday and got a chance to see her son shoot five of six behind the arc and add three steals.