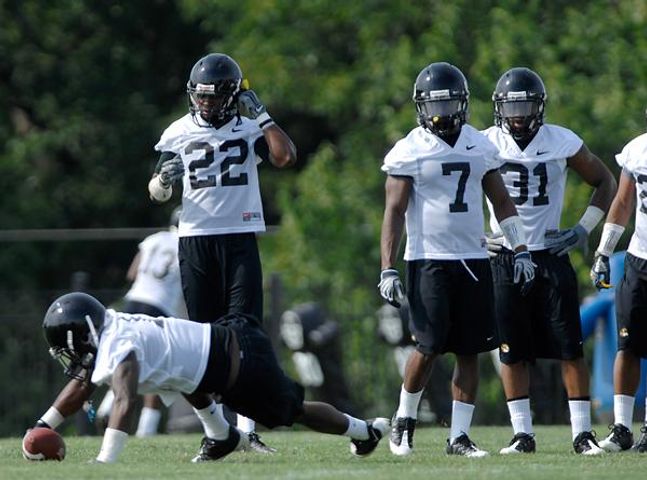 COLUMBIA - The Mizzou football team is on of the winningest programs in college football the last four seasons. The Tigers are tired for 7th in the country with 40 wins. Coach Pinkel now has 77 wins in his 10 seasons as the Missouri head coach.

On Thursday, the preseason coaches poll ranked the 2011 version of the Missouri 21st in the nation. Also in the top 25 from the Big 12 Conference are the top ranked Oklahoma Sooners followed by Oklahoma State in 8th, Texas A&M in 9th and Texas in 25th. Coach Pinkel is among the coaches voting this season.

"I just want to be ranked at the end the year, higher than that" said Pinkel. "We have to start earning respect after losing our starting quarterback, two first round draft picks, then we'll start getting respect out there."

"It's great for our program to start out being ranked and things of that nature," said Jacquies Smith, one of the 2011 senior captains. "We just look to build upon that and try to gon on through the season and see how far we can climb."

The Tigers new quarterback James Franklin is already showing what he has to offer. Franklin beat out former quarterback Blaine Gabbert's younger brother Tyler Gabbert for the starting spot in the spring. After winning the job, Tyler decided to transfer and now the team is Franklin's.

"I think I throw the ball a little bit better but also the chemistry," Franklin said, "I know it's something that is seen as weird to improve on but chemistry, building it with the team, going through those summer work-outs and spending a lot of time with them has really kind of opened up my eyes and we understand each other better."