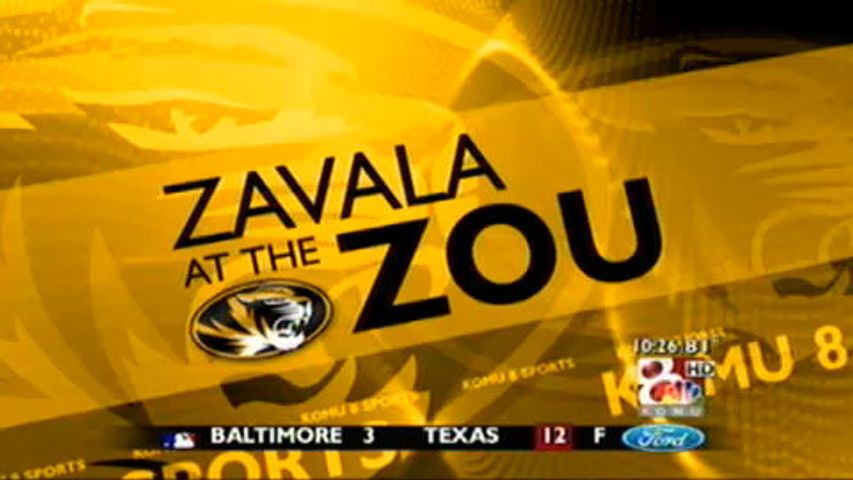 COLUMBIA -- Eric Waters wants to be the number one tight end for Missouri this season. Waters suffered an injury in training camp earlier this summer and is now in a starting competition. Waters is the only veteran competing against all true freshman for the starting spot...most notably Dorial Green-Beckham. The number one high school recruit in the country is currently listed as the number two tight end on Missouri's roster.

Waters is not worried about the situation and knows he has to push himself if he wants that starting job, "'Aint nothing... Dorial is a normal person just like everybody else on ths team. Once he learns all the stuff that he needs to learn he will be the greatest player that he should be...that he was made to be. So having him is like a blessing to me. Now I have a chance to go out work hard..push myself do everything I need to do and all the while making him better because we're going for the same goal."

Junior Missouri quarterback James Franklin is confident that Waters will be a consistent threat on the field in any role, saying, "I like consistency from him, I know his routes are going to be the same over and over..he's not going to change it up on me and that's something I'm looking for when I'm dropping back."

Sophomore wide reciever Bud Sasser agrees with his quarterback and thinks Waters is an underrated player, "His body shape and size can deceive defenders, they think he can't run a route or something like that but he can run routes and catch the ball and get open."

Tight ends say they have big shoes to fill as they try to follow in the foot steps of Mizzou all americans... most recently Chase Coffman and Michael Egnew, "That's what I love about playing tight-end at Mizzou cause I know I have big shoes to fill and I'm going to try my hardest and my best to do whatever this team needs done and also to be the next great tight-end in line," Waters said.

Thursday's scrimmage will be the final one of camp and will help coaches decide who will get the starting nod on the field this season.