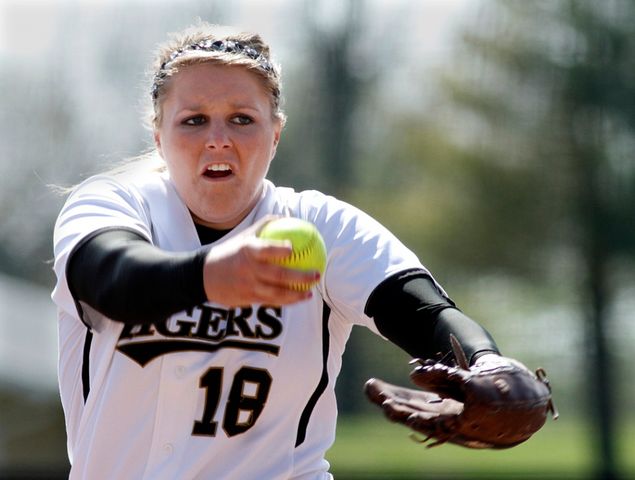 COLUMBIA - The No. 10 Missouri softball team saw their winning streak extend to 17 games with a doubleheader sweep of the Iowa Hawkeyes on Wednesday afternoon. Now 22-3 on the season, the Tigers have not allowed a run in their last 54.1 innings pitched.

In game one, the Tigers won their 12th contest of the year by run-rule in an 8-0 victory. They followed that up with a 2-0 win in the second game, their 15th shutout of the season. Chelsea Thomas took the victory in game one to move to 11-1, while Kristin Nottelmann (7-2) picked up the win in the nightcap.

Missouri heads to College Station, Texas this weekend for their first road conference series of the year. The Tigers will take on the No. 19 Texas A&M Aggies in a three game series, beginning at 7 p.m. on Friday evening.