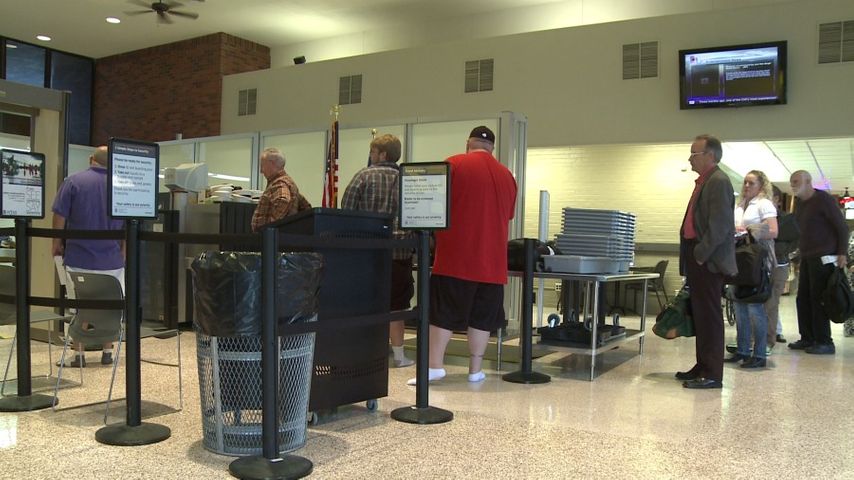 Leon Hoffsette is the secretary for the Airport Advisory Board, and he said this manager search will be more complicated than others in the past.

"We have not discussed finding a new manager at all because Andy was released the day after our monthly meeting. The search may be more confusing than normal because the city is considering moving the airport from underneath Public Works and moving it to another department or the city manager. "

Whether run by Elliot or another candidate, fliers Monday could not find much at the airport that needed to change.

"I can't think of anything that needs improvement," said Mike Larsen, who lives in Jefferson City. "I love the convenience of only having to drive 20 minutes to the airport and now that parking is free, it's really nice."

Sue Blanck echoed Larsen, but did provide one suggestion.

"I would like wider doors. I have large bags and it's hard to get them to fit through the doorway the way things are now."

Columbia Public Works spokesperson Jill Stedem said there is no timeframe for posting the job, and that the city will follow its standard hiring procedures for selecting a candidate once the city's human resources department announces the position's availability.