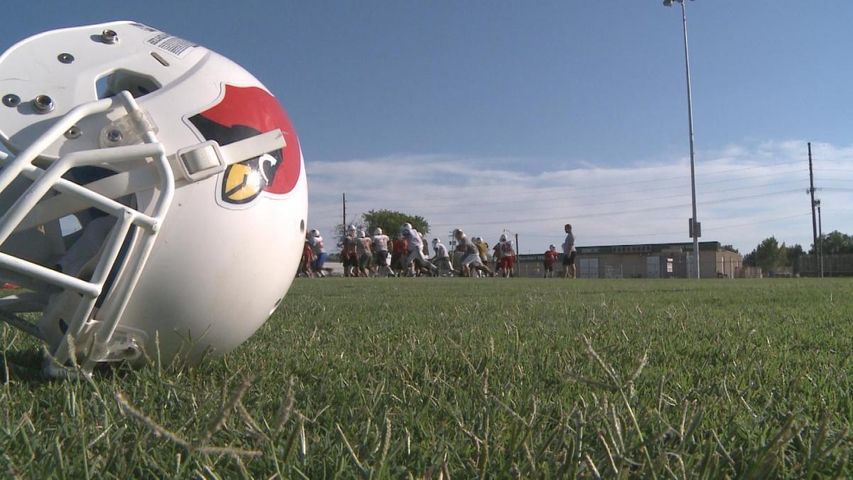 TIPTON - Losing is not a tradition that runs deep at Tipton High School. The Class 1 football power has been a picture of success in recent years, reeling off 68 consecutive wins in the regular season, dating back to 2006. To put that into perspective, the last time the Cardinals lost a regular season game before the 2013 campaign, the oldest players on the current team would have been in fifth grade.

But the streak came to a screeching halt Week 1, with a 39-0 drubbing on their home field at the hands of Sacred Heart. And after a 26-20 overtime loss at North Callaway, the Cardinals suddenly find themselves on a losing streak.

Head Coach Tony Braby said he had an idea this would be the year the Cardinals' streak came to an end. The team returned only five of 22 starters from last season's 13-1 district champion team. With only three active seniors, many of the starters are getting their first taste of varsity football.

"It's going to be the juniors' team for the next two years," Braby said. "So with that comes some trial and error and mistakes, but the future looks good once again."

David Richardson is one of the senior leaders for the Cardinals. He said nerves have definitely contributed to the team's two opening losses.

"I think most of the mistakes were just people overthinking things," Richardson said. "A lot of people were nervous, but we're getting better and I think last week showed it."

Richardson has lined up at wide receiver, safety, punter, kicker and running back, a position where the Cardinals must try to replace the production of all-state performer Dallas Peoples, who rushed for more than 2400 yards and 46 touchdowns as a senior in 2012. Coach Braby said one player cannot possibly replicate those numbers this season, so he will rely more heavily on the passing game and use a number of younger players in the backfield.

"We've already thrown it more in the first two games than we probably did all of last year," Braby said. "We're going to spread it around a little bit and keep the defenses guessing on who's going to have it."

Nigel Mertgen is one of two juniors starting at halfback, and he said the team cannot afford to dwell on turnovers and losses if it hopes to win another district title.

"We got down, but we've gotta get back up and get going," Mertgen, also a starting linebacker, said. "I think we can step up and do a lot better than we have been."

Braby said he knows seeing Tipton at 0-2 may be a shock, but that rebuilding is inevitable with such a young team.

"People don't need to panic," Braby said. "We're going to get things turned around and I think that's going to happen sooner rather than later."

Tipton's next opportunity to get into the win column comes Friday, when the Cardinals play at Windsor.