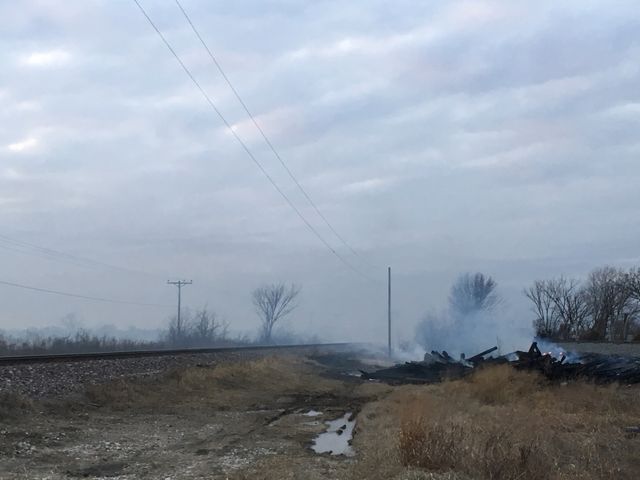 AUDRAIN COUNTY - An old pile of tires was still burning Tuesday night between two sets of railroad tracks. It was set off by a brush fire earlier in the day, which briefly stopped two trains from passing.

Railroad maintenance crews said the tires could burn for two or three days unless it rains.

The brush fire stopped two trains for more than two hours as crews checked to see if it had burned the train tracks. Firefighters found no sign of fire damage and the trains were free to pass through around 4:30 p.m.

Crews are watching the remaining tire fire in case of any unexpected changes.