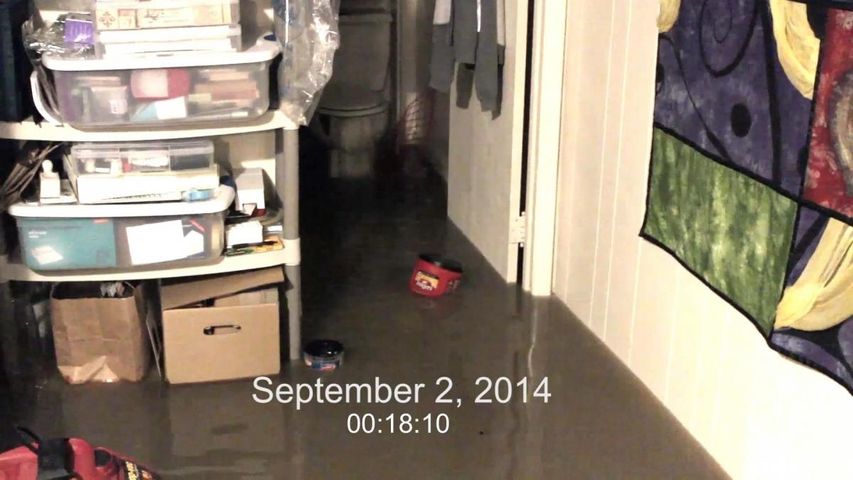 COLUMBIA - Residents of Again Street spoke at the city council meeting Monday to discuss their concerns over the persistent sewage flooding in their yards and homes.

Homeowner Katrina Boles said they developed a proposal after months of observation and research.

"We found out about the hole in the sewer line last September, so the researched started then," Boles said. "But it didn't really kick into full stream until July 1st, when we got two back-to-back floodings, and two back-to-back sewer backups."

Columbia Public Works said the Again Street residents have two problems that are separate, but related. The first problem is the sanitary sewer lines that run by the houses are damaged, and leak sewage. The second is the storm water drain on Again Street is outdated, and unable to drain rainwater away from the houses. Whenever there is heavy rain, the yards collect with water and flood basements of the houses. The excess water also seeps into the sewer lines, and brings the leaking sewage to the surface.

This mixture of sewage and water collects in the yards and basements of Again Street residents, and eventually flows into the creek that runs through a nearby park. Boles said this is a serious issue for everyone in the community.

Boles said the neighbors first reached out to the city's public works department. However after they considered the significant health risk of the sewage, they decided to present the issue to the city council for their immediate attention.

Boles said even before she spoke at the council meeting, Third Ward Councilman Karl Skala expressed an immediate interest in the issue, and worked with the neighbors to help them develop a good proposal.

"It was really great to talk to Karl Skala," Boles said. "He was really helpful in giving us some sense of how city council works, and what we needed to do to get city council to take action."

Boles said Skala encouraged her to draft a specific, detailed resolution that would identify the problems, and propose solutions.

The proposal suggests a series of infrastructure updates that will replace the old, broken sanitary sewer lines and storm water drains in the neighborhood.

However, after hearing the proposal, the city council dismissed the issue after John Glascock of Columbia Public Works said his department had plans to install a short-liner to mend the hole in the sewer pipe later this week, weather permitting.

During the discussion Monday, Mike Matthes, the Columbia City Manager, said the city can only do so much to help the Again Street residents. He said given the houses' low elevation, and the increased precipitation as a result of climate change, there is no way the city can fix all the issues.

"The fundamental problem is that the neighborhood was built in a creek bed," Matthes said. "It would not be allowed to be built today. If we knew then what we know now, we would have not permitted construction to occur. You can't beat the water. Nothing we do will fix the creek bed."

Glascock said the city can easily fix the hole in the sewer line, but it would take a major construction effort to move them away from the houses. He also said the city could update the storm water system sometime next year, but he could not guarantee that it will completely stop the flooding.

"Do we plan for a five inch rain, a seven inch rain, or what," Glascock said. "And as soon as we build that, a ten inch rain comes. There's always something that's going to flood the area."

Boles said both of these replies were troubling to her, but she was particularly bothered Matthes' response to the issue.

"I was warned about city council, and how they would respond," Boles said. "I will say I was glad that Karl Skala and one other councilperson spoke up, and started hounding the city manager, and the public works person with questions. I felt like my council representative Clyde Ruffin took public works' words at face value, with their whole, ‘We're gonna fix it' idea... I wanted to know what that meant."

Boles said the city council's plan is like putting a band-aid on the a deep wound. She also said she is hesitant to trust public works with fixing the problem because its "plan" to fix the problem keeps changing.

"We're getting mixed messages, and that's really frustrating," Boles said. "At the city council meeting, they gave us a completely new message. The said that they are gonna fix it, in a way they told us last fall, wouldn't work."

Boles admitted her neighborhood is not the only one in Columbia that is in need of infrastructure repair. But she said the city council has not been prioritizing repairs in neighborhoods, only major commercial areas.

"They approved a measure for improving the sewer pipe over at Discovery Parkway," Boles said. "Ok... what's out there? Not a lot of houses, it's only big business out there."

She said she will continue to push the issue until it is resolved.

"I want people to know, that their children getting into that creek, are in danger," Boles said.