Todd Akin for a Victory 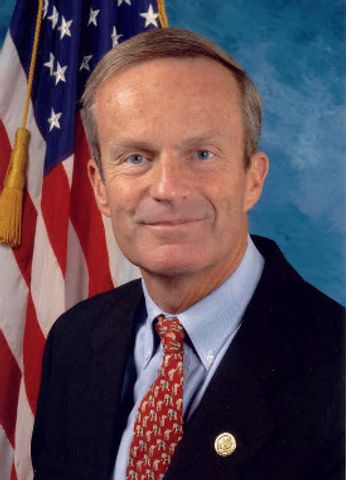 St. Charles - Cheers and applause filled the room at the Columns Banquet Center in St. Charles as Todd Akin walked out on to the stage Tuesday night in front of hundreds of supporters. Akin's supporters had come out to his watch party as he defeated Sarah Steelman and John Bruner in the GOP primary Tuesday.

Said Akin, "I believe the thing to do is just what we've kept our mind on and that is to basically reclaim the kinds of things that people in Missouri have always stood for. And that's what we've been talking about...basically on that same message about doing things the right way."

Akin received a larger than expected amount of support in the Springfield area, possibly because of Arkansas Governor Mike Huckabee's endorsement of Akin. Following his victory, Akin declared that he had reached the fifty yard line and that he had fifty more to go. Akin will go against incumbent Claire McCaskill to represent Missouri in The United States Senate.