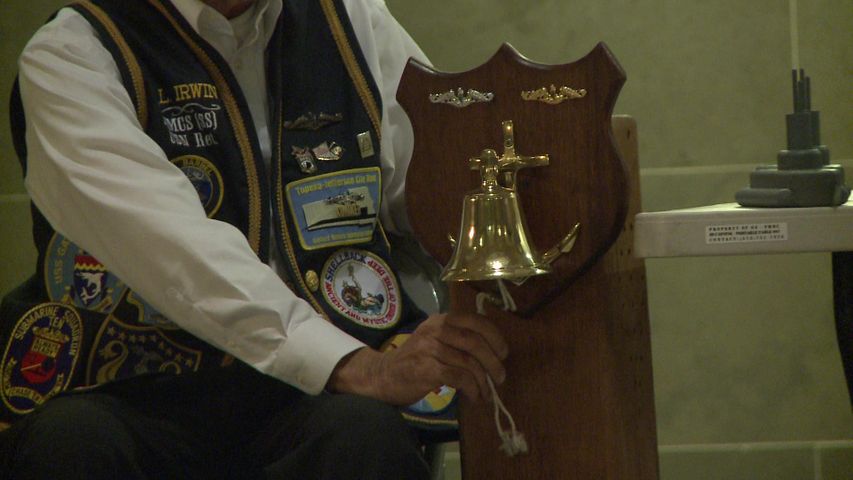 JEFFERSON CITY - A tolling of the boats ceremony Monday honored the United States submarines and their crews that have been lost since 1911.  The ceremony took place in the Missouri state capitol rotunda and was put on by the Topeka-Jefferson City base of the United States Submarine Veterans Incorporated.

The organization designed the ceremony to remember the 65 submarines and more than 5000 submariners lost in the past 100 years.  A submarine diving alarm was sounded before each lost boat was announced and its history read.  The last submarine commemorated all the submariners who lost their lives for their country.

While the tolling of the boats ceremony commemorated a specific branch of the military, members of the United States Submarine Veterans Incorporated emphasized that it was meant to also honor all military losses.  The ceremony's publicity was a rare occurrence, as it was the fourth time it had been performed in public, and it was appropriately performed on Labor Day.