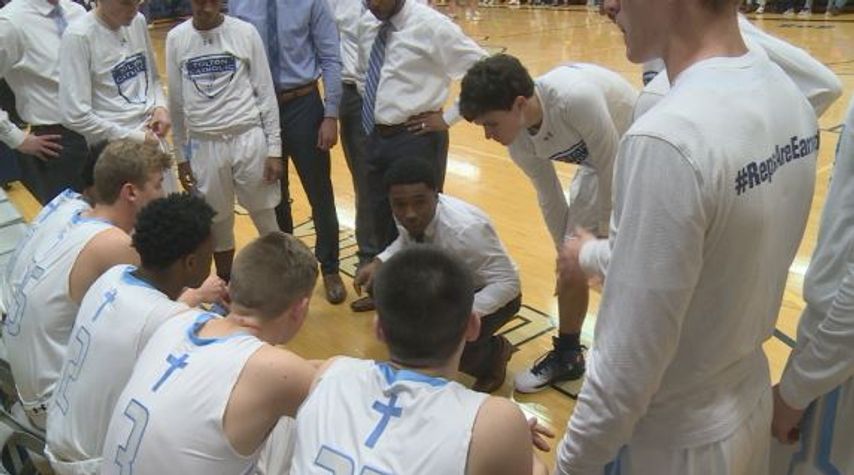 COLUMBIA — Defending your title in sports is one of the hardest things to do. Then factor in losing over 75 percent of your roster from a season ago, and the odds of going back-to-back seem impossible.

A season ago, the Trailblazers won the class 3 title, defeating Barstow 62-60. It was the program's first title in just its fifth year of existence.

"The game was a blur," Tolton coach Jeremy Osborne said of the state title game in March. "It all happened so fast."

Tolton's roster went through a massive overhaul in the nine months between their championship and the start of the 2016-17 campaign.

Along with losing seven seniors to graduation, brothers Michael and Jontay Porter moved to Washington with their family. Their father, Michael Porter Sr., took an assistant head coaching job with the University of Washington's mens basketball team, prompting the move.

Porter Jr., a senior, is the second ranked recruit in the nation, according to rivals.com. Junior Jontay Porter is a highly ranked recruit as well. Both have committed to play at the University of Washington.

Combined, the two Porters averaged over 40 points and 20 rebounds a game for the Trailblazers.

"I was aware of the potential situation. But, other than that, it was a complete family decision," Osborne said of the Porters moving to Seattle. "They made a decision that is best for their family and you got to respect that."

All of the turnover from last season leaves Tolton young this year. There's only two seniors on the roster for the Trailblazers, which is the same amount of freshman on the roster as well.

One of those seniors is point guard Isaiah Wilson, who was a regular starter last year for Tolton. He will be leaned on to lead a team mostly of sophomores and juniors who haven't had much varsity experience in the past.

"I want to embrace that challenge this year. I'm really looking forward to it," Wilson said. "I was a leader last year as well and I just feel like I'm ready to even be more of a leader this year."

Wilson added, "I'm the only senior, really, on the team this year. Being the only one with some varsity experience, its going to be a huge deal for me to be a leader this year."

The Trailblazers are young, but Osborne said it will not deter them from their goals.